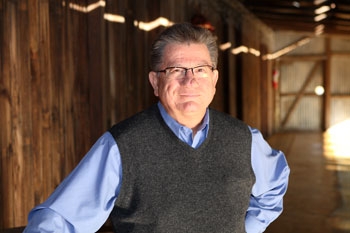 Bill Hughes was the driving force in the expansion of the SACOG Board of Directors, bringing voices from all of the region’s cities and counties to the table. He was a tremendous supporter of the Blueprint project and was chair of the SACOG Board at the time of his sudden passing in 2003. This Bill Hughes Elected Official of the Year recognizes leadership excellence by an elected official who has made a significant contribution to transportation, air quality, or land use planning in the Sacramento region at the local, state, regional or federal level. The 2007 SACOG Salutes! award winner is Mr. Mike McGowan, Yolo County Supervisor District 1.

Mr. McGowan became a member of the Yolo County Board of Supervisors in 1993. During his tenure he has worked to promote smart growth in West Sacramento and Yolo County, always with consideration for open space preservation. Mr. McGowan has worked with agencies for the growth and prosperity of Yolo County.

He was instrumental in helping YOLOBUS increase its Compressed Natural Gas (CNG) bus fleet from four to 39, significantly reducing fleet emissions. Due in part to Mr. McGowan’s efforts, a significant portion of Yolo County remains open space or agricultural land. Yolo County recently received the Williamson Act Stewardship Award from the California State Department of Conservation for its long-term efforts to uphold and promote the California Land Conservation Act. Mr. McGowan currently serves as Chair of the Delta Protection Commission, created to protect and enhance the overall quality of the Delta Region for agriculture, wildlife habitats and recreational uses.