Window Makeovers Aim to Jumpstart Downtown Marysville The first step to a vibrant downtown? Being able to see in the windows. 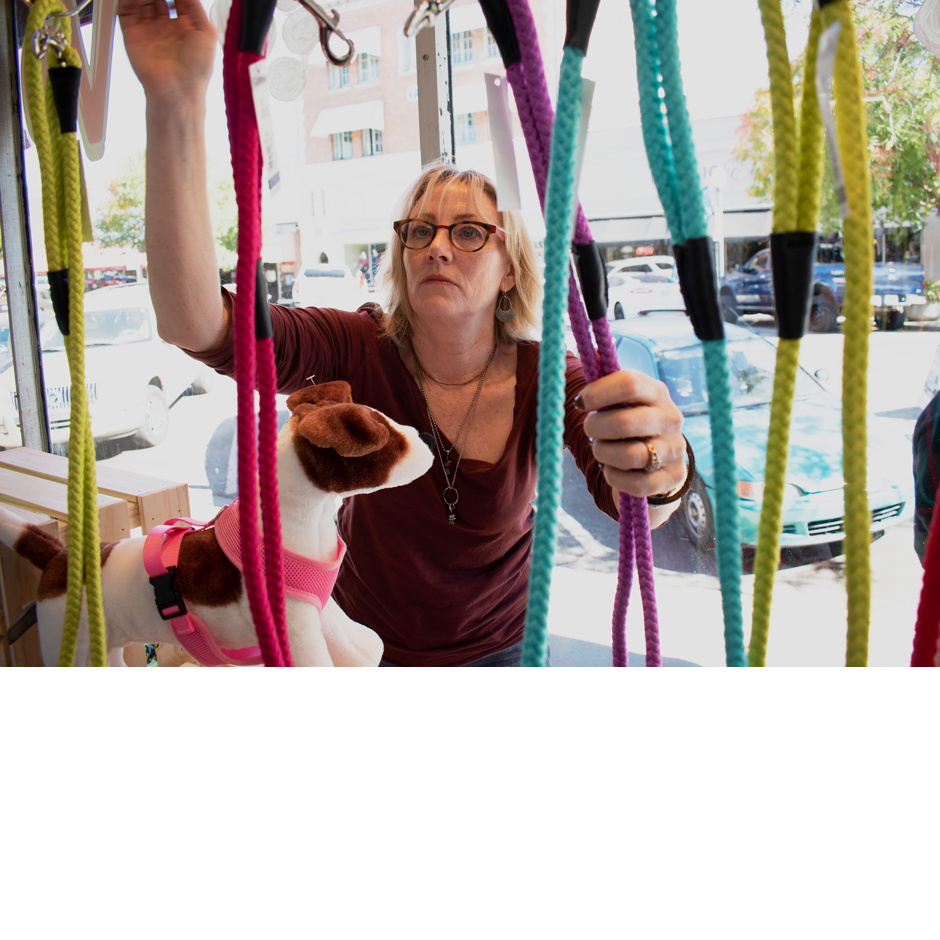 October 29, 2019: If the eyes are the windows to the soul, then what are shop windows? According to retail design guru Michele Reeves, they could reveal a shop’s soul.

“Your job with windows is to show who you are and what you sell in one second,” said Reeves as she stood outside a shop window in Marysville.

“Your best ad should be your windows” she said, but the benefits of making storefronts look better go further than just the retailer. Making storefronts more attractive and well-lit is the “cheapest, easiest, and fastest way to make downtown look better,” said Reeves, adding that it also improves safety at night.

Embracing the civic improvement potential of better shop windows, the City of Marysville, with the help of a community design grant from SACOG, enlisted Reeves’ help for a pilot project called Downtown Turnaround.

City of Marysville Mayor Ricky Samayoa said the project was intended to lead to “a successful downtown corridor that can be useful to everyone — retailers, residents, visitors, and investors.” He said that highlighting the range of retail in the historic downtown would help turn occasional visitors into repeat customers and help downtown “become the vibrant place we know it can be.”

The first task was getting the windows cleaned and then they turned to lighting. Reeves preaches the importance of showing people what’s in your store, not telling them, so the team did away with the six A-board signs cluttering the footpath in front of VIP Pets and designed attractive widow displays that showcased natural pet food, leashes, carriers, bowls, and toys. They framed the displays using decals of paws and grass, drawing the eyes of passers-by to the showcased products.

In just a few days, the storefront had gone from looking dark, cluttered, and messy to bright, inviting, and clear. As a woman in workout gear walked past the window, she gave a thumbs up to Michele’s colleagues, appreciating the bright new window. “That is how you make money in retail, boom!” exclaimed Reeves.

The improvements proved contagious. The retailers 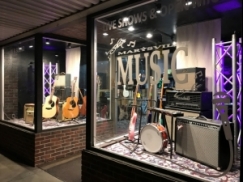 on either side of the pet store washed their windows and Reeves noted how other shopkeepers were coming out of their stores and talking to each other about the changes happening on their street. She was encouraged to see the interactions, noting that “downtown is an expression of the relationships between people.”

Seeding that enthusiasm was a key aspects of Reeves’ strategy: see one, do one, teach one. Her team’s demonstration windows serve as an example of what some better lighting and merchandise displays can do, other retailers follow their lead (with help from the local creative community, who have been galvanized by the first examples), and then they in turn teach other retailers how to improve their storefronts. Retailers can overhaul their windows for about $1,000 to $3,000, said Reeves.

The next step for the Downtown Turnaround project is to organize a holiday pop-up space for emerging retailers to be held on December 6, the night before Marysville’s big Christmas parade. That will engage the city’s creative community, who will then help with the “do one” portion of the windows project, when Michele’s team will guide locals as they make over more windows and in the process, learn the skills that will enable them to become local champions and merchandising teachers.

When the public had the chance to tour the three demonstration windows at the end of the makeover week, they had two key reactions said Reeves. One was that even though they could see the window displays were much improved, they couldn’t quite understand how it had happened. And that gave Reeves a chance to connect the dots for people by explaining some of the logic and social science behind merchandising, making people realize it was a skill they could acquire, not a magical act of creation.

The other common reaction was that making such a dramatic difference, even if only in three stores, was not something they were used to seeing from a local government initiative, which are often about planning major changes rather than implementing small but catalytic changes.

Demonstrating change can be powerful, said Reeves, as shown by one shopkeeper who attended the windows tour and then promptly bought some track lighting and new lightbulbs and had installed them in his shop less than 24 hours later.