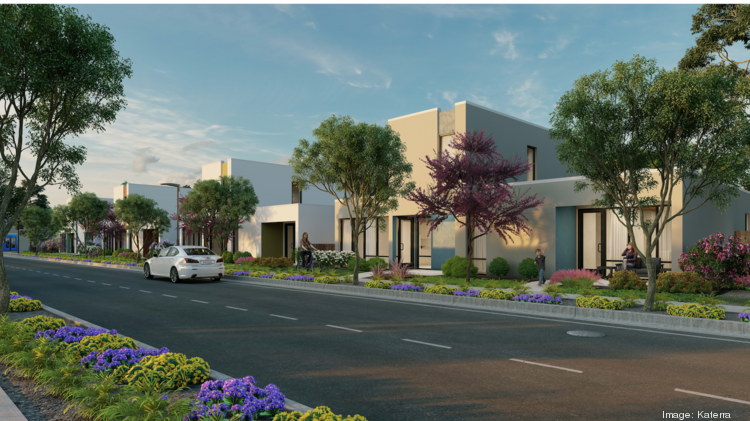 Across the country, COVID-19 has impacted where people are choosing to live. Major coastal cities are seeing population declines while regions like Sacramento are experiencing population increases, according to recently released California Department of Finance 2021 population and housing estimates. While California lost 182,000 residents last year, bringing the state’s population to 39.467 million, the Sacramento region continued to grow. The region netted 12,750 new residents (a 0.5 percent increase), bringing the six-county population total to 2.56 million. The bulk of the growth occurred in Placer and Sacramento counties. Some of that increase is the result of migration from the San Francisco-Oakland-Berkeley area to the Sacramento area, which was up nearly 38 percent, according to a recent CBRE report using U.S. Postal Service data. 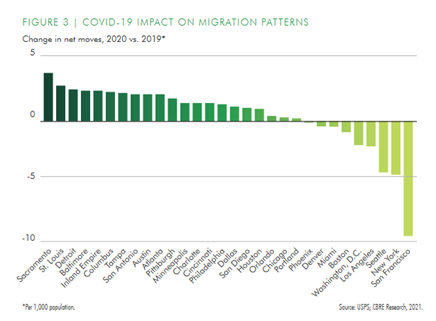 Among the region’s cities, Roseville’s net growth of nearly 3,400 residents (2.4 percent growth) placed it in the top 10 fastest growing cities in the state, while Elk Grove (1.2 percent growth) jumped to the 26th largest city in the state and City of Sacramento (0.5 percent growth) remains the 6th largest in the state. Placer County grew at a rate of 1.5 percent and Yuba County at a rate of 1.1 percent. Diversity also continues to grow in the region. As of 2019, the region is on the cusp of becoming majority Black, Indigenous, People of Color (BIPOC) with 48.9 percent of the region’s population. California and the Sacramento region are at the front of demographic shifts being seen throughout the nation.

Despite the overall population gain, the number of people in “group quarters,” such as college dorms, assisted living residences, and correctional facilities, was down significantly between 2020 and 2021. Much of this loss was due to the pandemic, which shut down movements of primarily college-age students into areas in and around UC Davis and Sacramento State, resulting in nearly 8,900 fewer group quarters residents overall.

While the region’s housing supply is slowly increasing, it’s not keeping pace with population growth, which is pushing prices up and exacerbating affordability issues. And while the recent spike in housing demand has fueled interest in more suburban areas and single-family homes, the need for multifamily housing and a wider diversity of housing products will continue to grow in the coming years. SACOG’s long-range Metropolitan Transportation Plan/Sustainable Communities Strategy (MTP/SCS) projects that more than half of new housing built over the next two decades will need to be multifamily and attached units. While multifamily housing construction has indeed increased in the Sacramento region in recent years, it accounted for only 19 percent of new units built in the past year.