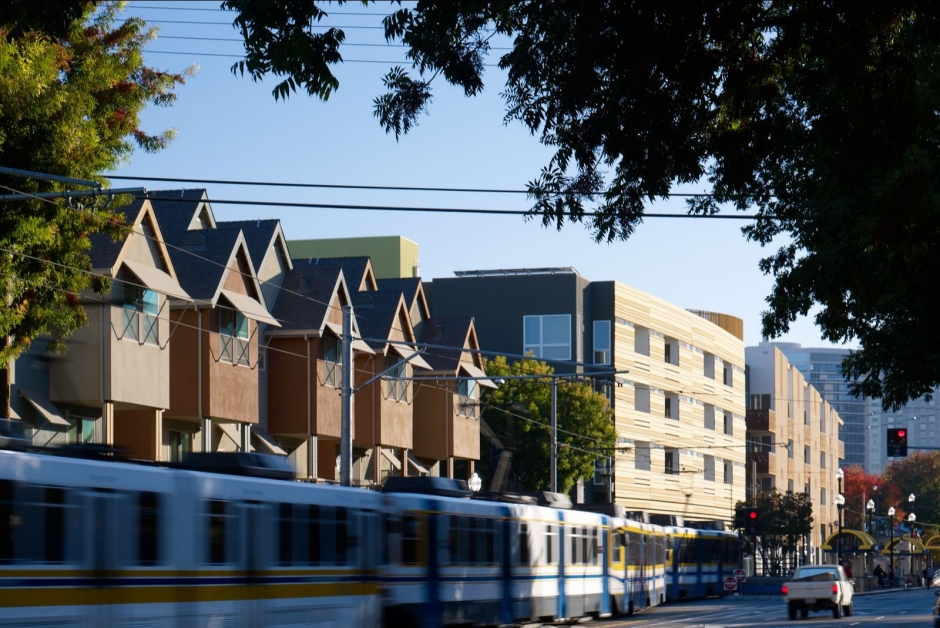 December 20, 2018: The City of Sacramento has embraced new policies to help build sustainable projects near transit and encourage a car-lite lifestyle for city residents. On December 11 City Council adopted a Transit-Oriented Development (TOD) Ordinance that encourages housing and other transit-supportive uses near light rail stations. The ordinance limits car-focused business near light-rail stations and provides incentives for higher density housing. The ordinance was unanimously approved and will take effect on January 10, 2019.

The TOD Ordinance is one of many steps in implementing the city’s goals of becoming a regional leader in sustainable development, supporting strategic and sustainable land use patterns, supporting infill development that use existing assets for growth, creating well-structured and complete neighborhoods, and providing transportation options. During the adoption process, city council requested several amendments to the ordinance, including adding housing as a by-right use. The sentiment from the council was to provide assurances to housing developers that housing is a highly-desired use in these locations and that these projects should not get bogged down in the discretionary review process.

City Council also recently voted to slash most of the city’s impact fees for affordable housing projects. With the TOD Ordinance and less impact fees, the city is positioning itself as a leader in housing and smart growth policy.

The city’s strategies to focus on infill and transit-oriented development and streamlining requirements for housing developers all help implement the region’s strategies to create sustainable communities and meet greenhouse gas emission reduction targets. It also follows the region’s strategic growth plan, the Blueprint. The city is a prime example of taking on challenging policies at the local level that lead to a regional impact and they show how each jurisdiction can implement different strategies to meet regional goals.