Preferred Scenario (a.k.a the Blueprint)

The Preferred Blueprint Scenario for 2050 was adopted by the SACOG Board in December 2004 and is a result of numerous public workshops and meetings with local government staff and elected officials. It should be interpreted and used as a concept-level illustration of the growth principles. It was developed with parcel-level data and analysis to help ensure that the growth concepts were being applied in a realistic manner; however, it is not intended to be applied or implemented in a literal, parcel-level manner.

The map assumes certain levels and locations of both “reinvestment” (i.e., additional development on already-built parcels) and greenfield development (i.e., large-scale development on vacant land). The purpose of this mapping is to illustrate, generally, the amount and locations for these types of growth. It is not intended to indicate that a specific parcel should or should not be developed in a particular manner. That level of planning is the responsibility of local governments, and is beyond the specificity appropriate for regional-scale, long-term scenario planning. 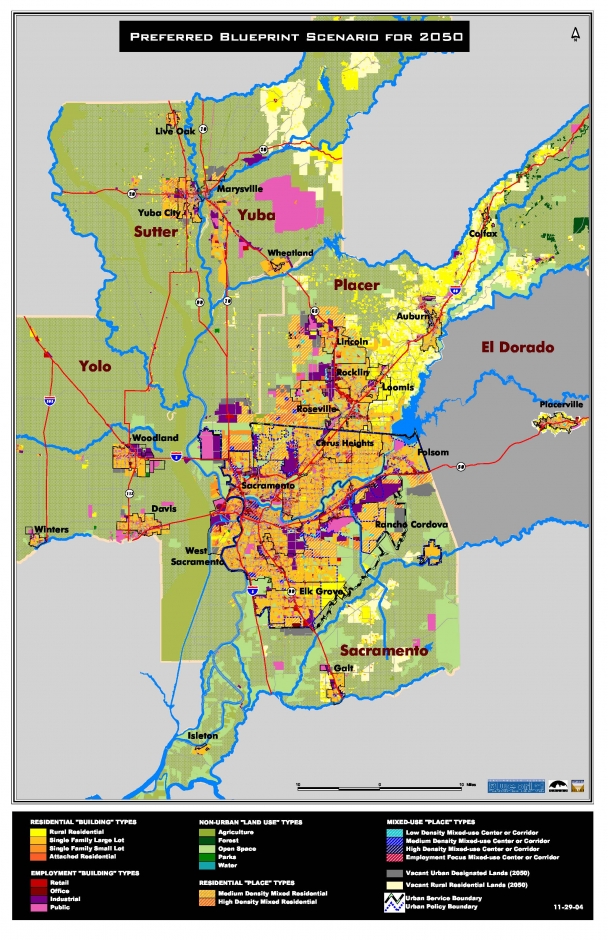