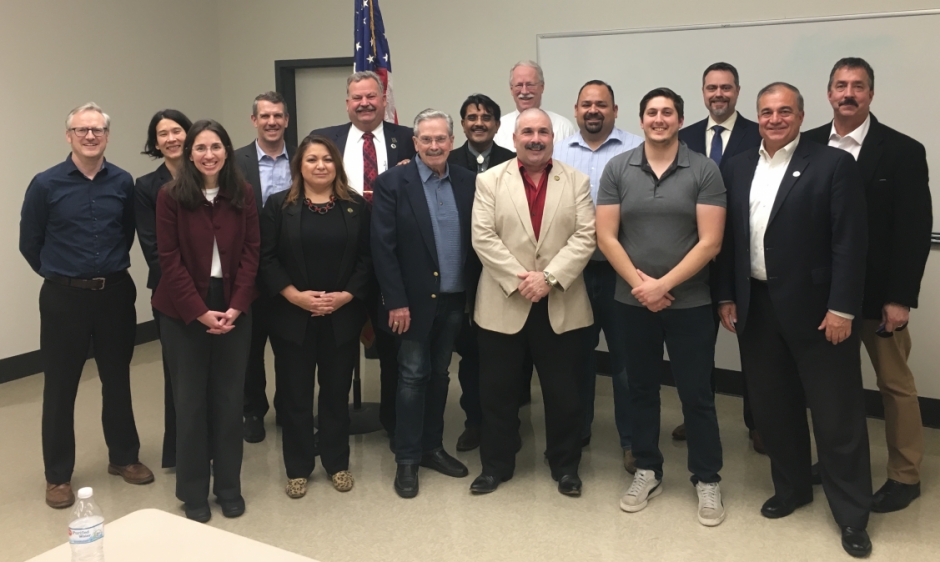 For the previous two months planning staff had been pursuing several strands of feedback on their draft MTP/SCS, the planning document that forecasts housing patterns and transportation projects for the next 20 years. Staff talked to planners in each of the six counties and 22 cities in SACOG’s regions to make sure their forecasts were based on the most current and most likely local projects. At the same time, regional partners and other stakeholders were reviewing the draft to make sure it was sound. The final strand was a series of public meetings with elected officials in each of the six counties to educate lawmakers about the plan and to hear their concerns and questions about it.

From sandwiches in El Dorado County’s Emergency Operations Centre to enchiladas in Marysville’s 1930s era wooden-paneled city council chambers, more than 100 elected officials and key planning staff around the region gathered to break bread and chew the fat over questions like “What are the implications from the state if we don’t reach our greenhouse gas target?” to “Has the rise of TNCs [Uber/Lyft etc] helped lower drunk driving?” to “Does the plan take into account the smog that drifts here from the Central Valley and the Bay Area?” (The answers were, respectively, “We stand to be cut off from state funds for transportation projects”, “We haven’t studied that so we don’t know,” and “Yes, there is an allowance for that drift built into our modelling.”)

Perhaps more significant was the chance for SACOG staff and scores of elected officials to get to meet in person and gain a deeper appreciation of each other’s work. The SACOG board is made up of elected officials from every county and city in the region but for those who don’t serve on SACOG’s board, and especially the many newly elected council members and supervisors, the meetings served as a great introduction to SACOG’s work and the services we provide to their jurisdiction’s staff.

In return, the good turnouts on frequently rainy winter nights demonstrated the commitment to service from the region’s politicians and their astute questions and comments showed them working hard on behalf of their constituents.