JUMP Bike Share Flourishing Early use in the Sacramento region has exceeded expectations. 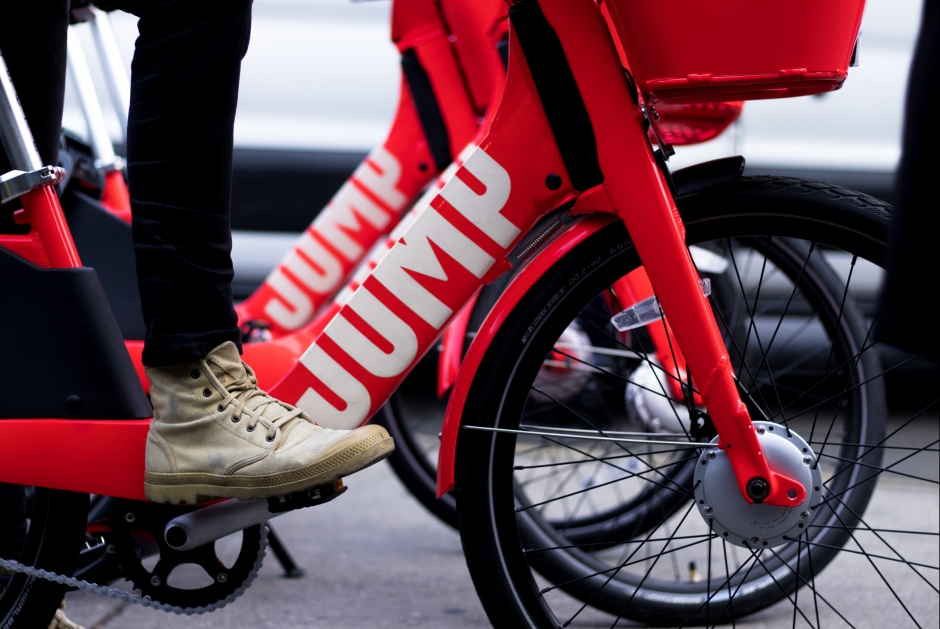 November 20, 2018: The Sacramento region has the largest electric bike share fleet in the country. JUMP’s electric bike share system across Sacramento, West Sacramento and Davis launched in May 2018 with 300 bikes and has grown to 900 bikes total with plans to add more in the future. But more impressive is how much the distinctive candy-red bikes are being ridden.

At six months after the initial system launch, Sacramento riders are taking more than six trips per JUMP bike per day, triple what a regular docked system would be expected to achieve. The National Association of City Transportation Officials reports that across the U.S., “station-based systems produced an average of 1.7 rides per bike per day,” in 2017. Initially, regional partners calculated that two trips per bike per day would be more than enough to consider the system successful.

Launching a system that is made up entirely of electric-assist bikes has been a big step forward in bike share systems and has no doubt had a positive impact on adoption. JUMP and regional partners are excited by these early results and believe the system will continue to see exceptional levels of growth both in ridership and the number of bikes in the fleet. That growth, as well as increased student and Boost (JUMP’s low-income plan) memberships, will make it a true mobility option for many residents. Those bike riders get a low-cost, efficient, and fun travel option while at the same time we all get to benefit from fewer cars on the road, meaning less congestion, more open parking spaces and cleaner air.