Isleton Bounces Back From the Brink “I haven’t seen this much activity on Main Street in 40 years.” 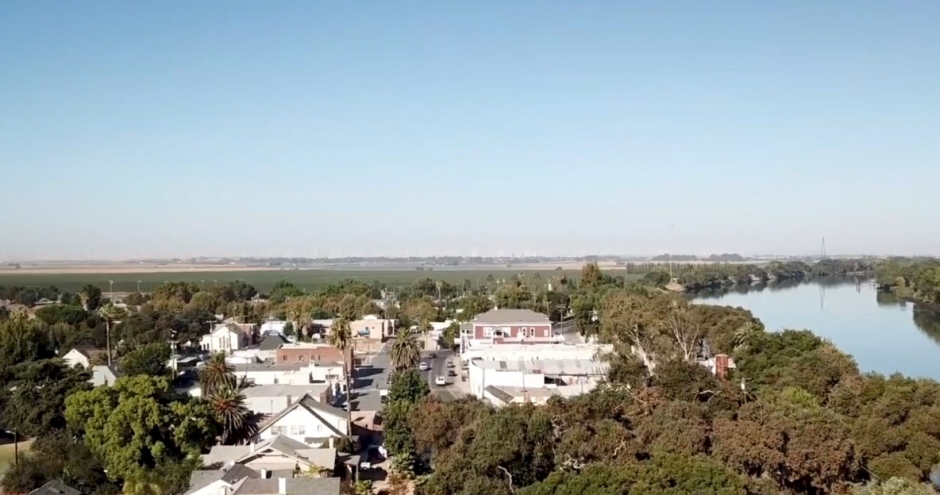 April 24, 2019: The final week of March was a good one for the tiny Delta city of Isleton and its 804 residents. On Tuesday it got a $500,000 grant from California’s Regional Water Quality Control Board enabling the city to begin planning a $5 million upgrade of its sewer system. Two days later, it closed the deal on a new bond measure replacing a disastrous 2012 bond that had been costing the city about $175,000 in interest annually. The new bond cuts that almost in half.

The “old, beat-up sewer system” dated from the 1960s and ’70s and was long overdue for fixing, said city manager Charles Bergson. He hoped the city would be able to start work on the upgrade in 2022/23.

All over town, residents are noticing progress that had been stalled for a long time, said Bergson. Several road repaving projects are underway with the most ambitious — paving all the streets in the city’s western quarter — costing about $500,000. The city has patched money together from Measure A funds, SACOG grants, and a $80,000 CalRecycle Rubberized Pavement Grant.

“We’ve got a lot of roads to fix and we’re fixing them,” said Bergson. “We’re just getting started on our capital program.”

The roads are starting to look better and so is Main Street. The city has attracted several new businesses, from the buzz-worthy Mei Wah Beer Room (in what was an 1800s Chinese brothel, gambling hall, and opium den) to a new restaurant, The Joint, with two more on the way. That’s in addition to several new cannabis businesses, with Isleton being one of the few towns in the Sacramento region to embrace the new industry.

The new residents see the state of the roads and they talk, said Bergson, noting the links between economic development and improved city services.

Clay Bodenhamer has certainly noticed. He’s a small business owner and a member of the Isleton Historical Preservation Board. It oversees the two-block downtown historical district, which the city now sees as a valuable asset, attracting new owners who embrace the challenges and the opportunity of renovating historical buildings. Even if new owners don’t always realize or appreciate what they have, “we’ll educate them and bring them into the fold,” he said.

Bodenhamer sees the City of Isleton’s commitment to those buildings as one of the signs of “new energy and a great direction.”

“The City was not actively engaged in the past and it is now and it is seeing the benefit of that engagement,” he said. As well as road rehab projects, about half a dozen historical buildings are being renovated, a healthy indicator for a town that a couple of years ago had signs of life in only about 20 percent of its 60 storefronts. As one longtime resident told Bergson, “I haven’t seen this much activity on Main Street in 40 years.”

SACOG, which funded the turnaround project Plan Isleton two years ago, is now supporting Isleton’s renaissance by making sure the city has access to any funds available. On May 1 a team from SACOG will run a wrap-around funding workshop on opportunities and strategy for the city’s staff. And like the weekend visitors who flock to the town on weekends, we are looking forward to seeing Isleton’s historical glory come back to life.