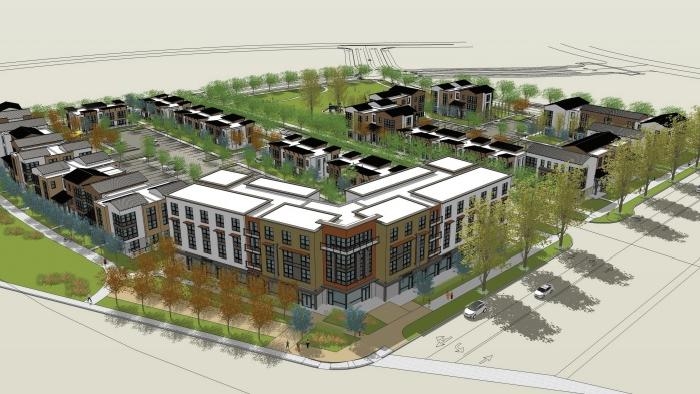 A $23 million Transformative Climate Communities (TCC) grant from the California Strategic Growth Council will be used to redevelop and revitalize the Twin Rivers public housing community and surrounding River District-Railyards neighborhood and to better connect project area residents to programs, services, and job opportunities throughout the Sacramento downtown area.

The site in an industrial area north of Sacramento’s downtown is economically isolated so part of the project will be to build a new light rail station to help connect residents to opportunity. Project backers also note that replacing public housing with a mixed-income and mixed-use development is an opportunity game-changer.

Sacramento Housing and Redevelopment Agency (SHRA) executive La Shelle Dozier said the neighborhood’s current 400-plus residents, half of whom are under age 18, have a better shot at pulling out of poverty if they live among people with more means, rather than in isolation.

“When you have people at different income strata, you have people learning from each other. It helps neighbors understand opportunities. It allows families to see things differently,” she told the Sacramento Bee.

As the Bee noted, the plan represents “an ambitious effort to tackle two of downtown Sacramento’s urgent problems: long-term, systemic poverty and a lack of housing for lower-wage earners.”

The SHRA and national developer McCormack Baron Salazar are leading the project, which will see the 218 existing units at Twin Rivers demolished and replaced by a mixed-income project. More than 200 of the new units will be reserved for the community’s current residents, who must temporarily relocate until the new housing is ready. An additional 280 garden apartments and town homes will be marketed to young workers and families who can pay a bit more but have been priced out of housing just to the south in downtown and midtown.

The project includes other components aimed at improving both urban life and transportation options for its residents.

SACOG provided technical assistance and helped craft the narrative of what this project means to the Rivers District and the region at large.

“The Sacramento Area Council of Governments welcomes this significant boost for the projects that will revitalize the Twin Rivers housing community and surrounding areas,” said James Corless, SACOG’s executive director. “We were proud to assist with planning the project and look forward to seeing it fulfill its promise as a great example of transit-oriented development that will lead to more affordable housing, new jobs, and more access to opportunity for its residents.”