What is the purpose of the Form-Based Code (FBC) Handbook?

The handbook was created to provide background information about the form-based code approach and provide instructions on how communities can create and develop a form-based code to better address specific community planning issues. Because the successful implementation of the SACOG Blueprint Growth Principles will rely in part on land development regulations, especially related to design, a form-based code is a potentially valuable tool for shaping community character consistent with these principles. The handbook can be downloaded from the link above.

What are Form-Based Codes (FBCs)?

How do FBCs differ from conventional zoning codes?

Most local governments in the United States use conventional zoning codes as the tool to regulate land use and development. Because the original purpose of zoning was to prevent incompatible uses from moving into the neighborhood, conventional zoning regulations are often reactive, focusing on what is not allowed. Zoning requirements are usually applied generically throughout the entire community.

Conventional zoning regulations are often applied in a one-size-fits-all manner, without any specific planning or thought about what the community wants development character to be. Although the resulting development may be “compatible” in terms of density, for example, it can often be incompatible with the physical context of the surrounding neighborhood.

Conventional zoning ordinances typically leave street design standards to the city engineer or public works department. These standards are normally based on general street classification (arterial, collector, and local) with no special consideration of how the standards relate to the different areas the streets serve. For example, it is common for an arterial street to have the same design as it travels through employment, commercial, and residential districts.

Form-based codes differ from conventional zoning because they:

What are the advantages of an FBC?

The primary advantages of the form-based code approach include:

Are FBCs being used and are they effective?

Yes. Form-based codes have been developed and are being applied in an increasing number of communities. Some are being applied city-wide, and many focus on specific development areas or districts. The handbook includes several examples of adopted FBCs.

What is in the handbook?

The handbook, which can be downloaded from the link above, has three sections:

Section 1 – What Is a Form-Based Code?
The form-based code techniques are described and compared to conventional zoning practices.

Section 2 – Creating a Form-Based Code
The general process and recommendations to develop an FBC are provided, along with suggestions for integrating it with a community’s zoning and development regulations.

What is the relationship of a form-based code to other plans (e.g., Specific Plans, General Plans)?

Similar to a conventional zoning code, an FBC is an implementation tool, which must be consistent with the relevant plans for the area regulated by an FBC. An FBC plays the same role as a conventional zoning code. The difference is the shift in the primary focus from controlling land use to regulating urban form and design. The heavy emphasis on illustrating desired development and design outcomes in a form-based code approach may be used to refine and clarify the policy direction of a general or specific plan.

The General Plan is the adopted regulating plan that provides overall policies, goals, and guidance for how a jurisdiction is going to manage its growth. A Specific Plan covers a portion of land within the General Plan boundaries and provides much more specific regulation. A form-based code is a plan implementation tool that essentially fills the same role as a conventional zoning ordinance. It is subservient to the General Plan and any relevant specific plan. The specific requirements of an FBC must be consistent with those plans.

How can a local government achieve desired percentages for each land use (e.g., retail, residential) with form-based codes?

A form-based code may identify land uses on specific parcels just as a conventional zoning code does. Form-based codes and conventional zoning codes both have two basic ingredients – land use regulations and design requirements. The primary difference is that an FBC emphasizes the design and urban form aspects of development and a conventional zoning code pays the most attention to land use. Desired land use outcomes, such as commercial centers, employment areas, residential neighborhoods, and minimum densities, are all typically included as part of an FBC or in a companion ordinance. Conventional zoning codes are usually more specific about the types of land uses allowed, but individual zoning districts typically allow a range of land uses (e.g., light manufacturing, warehousing, and office uses in a light industrial zone or a variety of housing types in one residential district). Either approach offers a similar degree of flexibility for the market to determine the resulting land use. Therefore, the desired allocations of different land uses may be guided and achieved in a similar manner using an FBC approach or conventional zoning.

Under a form-based code, which does not provide detailed use guidance, how should a jurisdiction plan future infrastructure needs?

Similar to a conventional zoning ordinance, an FBC is one of the implementation tools used to implement community plan policy direction. There is no standard approach that must be followed, and an FBC can be tailored to meet community needs, including provision of the necessary infrastructure and services. The infrastructure issue is perhaps the most significant for greenfield sites, where it is important to appropriately anticipate future infrastructure demands. This can be done using an FBC by considering the following:

How does the California Housing Element law factor into form-based codes?

The Housing Element law basically provides each city and county in the state with an allocation of housing units. The jurisdiction must then zone enough units of housing to meet this number within a 7.5-year period. Within the total allocation, a jurisdiction must also zone enough high density units for low-income and very low-income residents. The form-based codes approach generally is more concerned with physical form than with land use, which is the main focus of conventional zoning. However, to meet Housing Element requirements, form-based codes may include minimum and/or maximum housing unit requirements as well.

In addition, California law explicitly allows for bonus densities (Government Code 65915 et seq.), zoning for emergency shelters (Gov. Code 96683), and second-unit provisions (Gov. Code 65852.2(g)). In each case, form-based codes could be specifically designed for these uses, and/or they could be specifically identified as a targeted land use, just as in conventional codes.

Although it is focused on urban form and design, an FBC is fully intended to promote local planning goals and to meet community needs. Affordable housing requirements can be incorporated, just as they are with conventional zoning. It is important to involve affordable housing stakeholders in the FBC creation process in order to include a range of housing types that are consistent with local affordable housing needs. This involvement could go a step further, and the FBC could require minimum residential standards for the number or type of units in specific areas. Because the FBC approach helps resolve compatibility issues associated with higher density and mixed-use housing, it has the potential to provide improved opportunities for achieving affordable housing goals by making a wider range of housing types available in a manner that is acceptable to the community.

If a local jurisdiction adopts a form-based code, does it need to perform an environmental review? And if so, what level of review?

On the other hand, if the form-based codes are anticipated to lead to an increase in density or intensity, and there is no existing environmental review for the subject area, then an initial study should be prepared for the FBC. If the impacts are relatively minor or can be mitigated, then a Negative Declaration or Mitigated Negative Declaration can be prepared. If the impacts are greater, then an Environmental Impact Report (EIR) may be warranted.

Under an FBC, how can minimum parking requirements that are tied to uses be achieved?

Parking is regulated by an FBC in the same manner as it is by a conventional zoning ordinance. Minimum parking standards are established according to different land use types – as they are with conventional zoning. The primary difference in the approach to parking is the promotion of surface parking to the rear or side of buildings rather than between the building and the street. Because form-based codes tend to promote more walkable, high-density mixed-use development coupled with on-street parking and transit, the parking standards are often lower than those associated with conventional zoning.

What are the potential costs associated with developing and administering a form-based code?

Developing a plan and related implementing ordinances will incur costs regardless of the approach taken. Because of the wide variety of planning projects ranging from general plans to specific plans for discrete areas, the costs for developing an FBC or a conventional zoning code cannot be generalized. However, in the context of using a thorough public involvement process to develop a community vision, plan policy direction, and create integrated implementation tools, the costs associated with an FBC or conventional zoning code should be similar.

Administrative costs may also vary based upon the complexity of the jurisdiction’s existing code, the review process adopted for the new FBC, and the capacity of staff for administering the new code. A clear plan policy direction, which has broad community support, is necessary to maximize the effectiveness of conventional zoning or the FBC. approach. Administrative costs should not be significantly different for an FBC when there is proper development of the FBC, staff training, and public/development community education. The cost could be marginally greater if a consulting architect is used to help the city staff evaluate development applications.

The key functions in developing an FBC that a planner can perform include:

Some of the likely areas where planners may need technical assistance include: 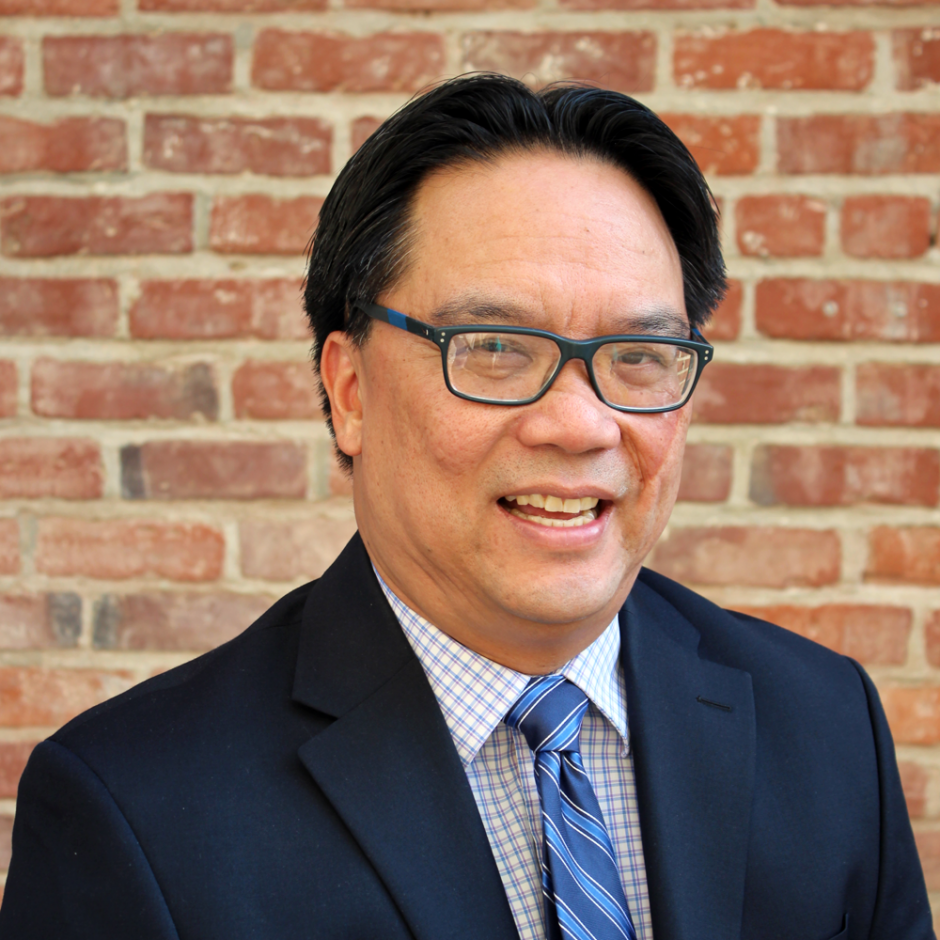