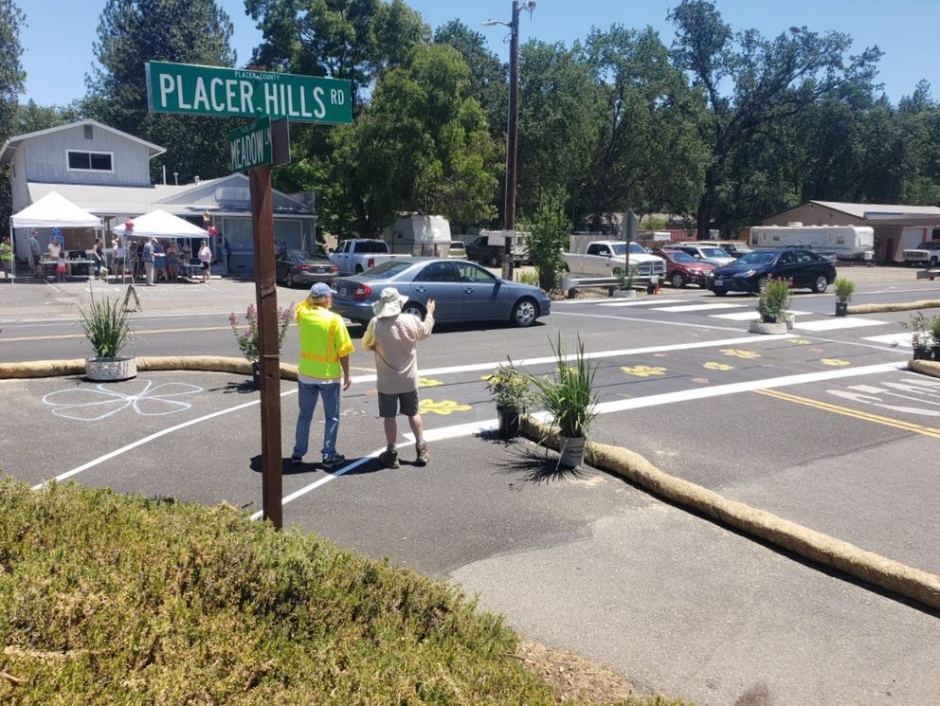 To singer John Denver, who wrote the lyrics to the 1970s famous song “Take Me Home, Country Roads,” rural roads were the means to send him to the place “I belong.” He was reminiscing about West Virginia, but he could have easily been singing about Meadow Vista, an unincorporated rural community between Auburn and Colfax in Placer County.

Meadow Vista’s most traveled country route is Placer Hills Road, the main spine for all transportation within the community. The road carries a lot of vehicles but also serves as the bikeway and walkway for residents who want to travel to the local businesses, schools, the public swimming pool, and other places to congregate. To get people where they want to go, there needed to be a safer way for walkers and bicyclists to travel along this rural corridor. 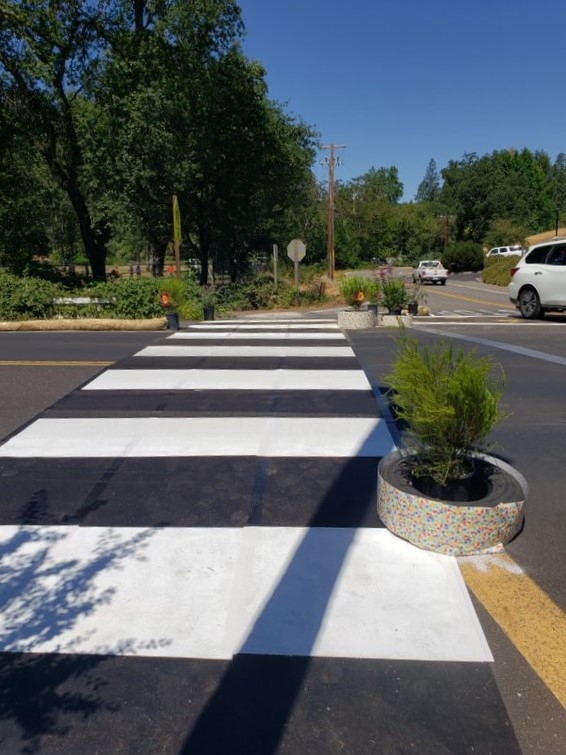 Piloting a solution, temporary pedestrian and streetscape improvements were installed along Placer Hills Road on Saturday, June 26. The installation tested design concepts such as high-visibility crosswalks, a colorized pedestrian path, and curb extensions decorated with artwork and plants. High-visibility crosswalk improvements and colorized walking paths (where the installation of traditional sidewalk improvements is not feasible) would make pedestrians more visible to motor vehicles, while curb extensions would make the roadway appear narrower, causing drivers to slow down. Curb extensions would be most effective in areas with lots of pedestrian traffic, such as around the public school and public swimming pool. Each of these streetscape elements was installed for one day using removable materials such as chalk, tar paper, and straw wattles to delineate curb extensions, and tires as planters or buffers between pedestrian areas and the roadway. Trying these measures out for one day gave the community an idea of how these improvements would work, and gave the County an opportunity to test out different options. 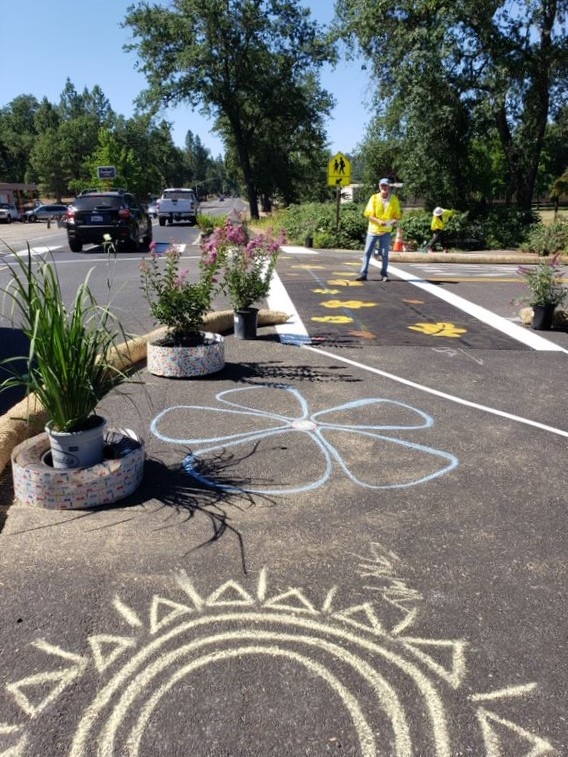 The effort was led by Meadow Vista volunteers, Placer County, and the Local Government Commission (LGC), a national nonprofit community planning organization based in Sacramento. The idea of a demonstration project along this corridor was hatched after the County worked with multiple partners to chart a course for the area.

More than 50 members of the public attended the demonstration project on June 26, tested out the improvements, and provided feedback on a paper survey. Comments were mostly positive and supportive of making these streetscape improvements permanent. Community activist and project volunteer Duke Lambert said, “This demonstration showed us how street improvements could really lead to a safer environment for the Meadow Vista community and still be very attractive.”

Had John Denver seen Meadow Vista, perhaps he would have reflected that Placer Hills Road “takes me home to the place I belong.”