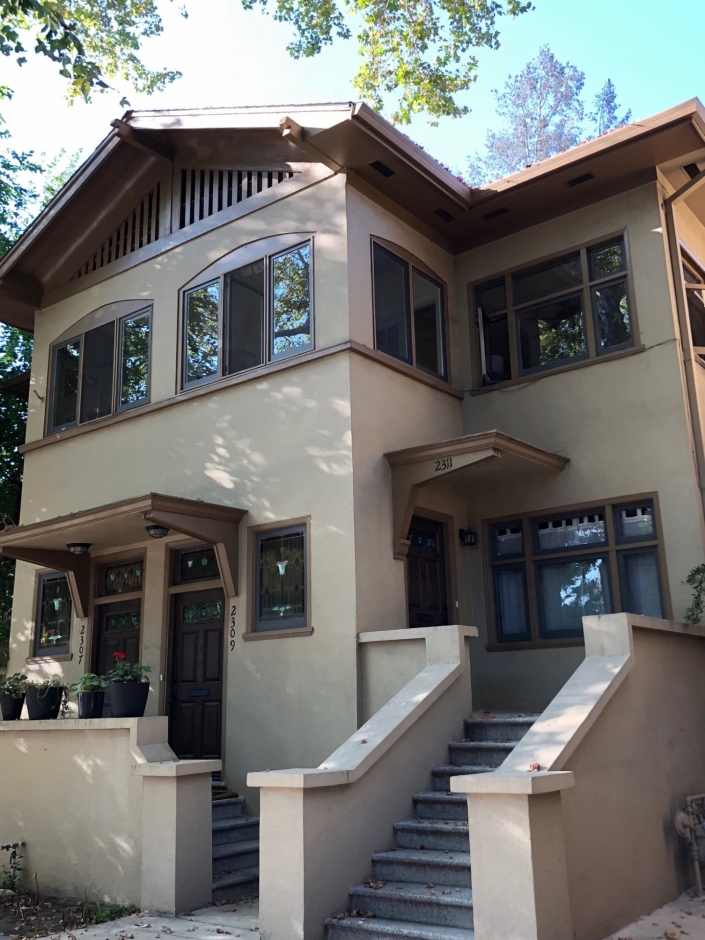 January 27, 2021: Last Tuesday the Sacramento City Council took a bold step toward becoming one of the few cities in the country — and the first in California — to eliminate traditional single-family zoning.

The unanimous vote came as the council considered an update to its General Plan, which was organized around 10 key strategies. These included removing existing restrictions on building apartments throughout the city, eliminating parking requirements across the city, a series of road diets, and an equity-based infrastructure investment framework. If the council were to approve the strategies it endorsed last week, which is scheduled to happen in December, then Sacramento would join Minneapolis and Portland as the only large cities in the country to have removed traditional single-family zoning.

SACOG wrote a letter of support for the staff recommendations based on the grounds that many of the specific actions around housing, parking, roadways, and equity are well aligned with policies and recommendations from SACOG’s Metropolitan Transportation Plan/Sustainable Communities Strategy (MTP/SCS). Many of the proposals are also supportive of other SACOG regional planning efforts intended to implement the MTP/SCS like the Regional Housing Needs Plan, Transit Oriented Development (TOD) Action Plan, Housing Policy Toolkit, and Commercial Corridors Task Force Policymaker Toolkit.

In his verbal comments to the council meeting, SACOG Executive Director James Corless said, “SACOG has an ambitious Metropolitan Transportation Plan/Sustainable Communities Strategy with very ambitious climate goals and climate targets and the item before you offers the kind of bold policy action that we need and the region needs to implement that plan and meet those targets.”

The update’s key housing strategy was to “permit a greater array of housing types in existing single-unit neighborhoods.”  As City staff noted in their report, “today 43 percent of the City’s total land area is zoned exclusively for single-unit detached homes.” These single-family homes are often in the City’s wealthier areas, some of which had been subject to past discriminatory practices of racially restrictive covenants and government-sponsored redlining. As the report said, this history “created barriers to homeownership and intergenerational wealth-building for many minority families, and subsequent single-family zoning in high opportunity neighborhoods has reinforced it.”

Corless applauded the City’s approach: “We really want to commend the City and your staff for using an equity lens to rethink exclusionary single-family zoning in wealthier neighborhoods and proactively initiating a healthy conversation around the impact of past housing policies and redlining on racial segregation and racial justice.” SACOG’s comment letter also noted that opening up single family neighborhoods to more affordable housing types has tremendous potential for making a dent in the region’s housing crisis and reducing vehicle miles traveled.

The second strategy staff recommended was to “facilitate compact mixed-use development in key commercial corridors to create vibrant walkable and transit-supportive neighborhoods.” Staff wrote that, “clustering these homes and businesses around high-frequency transit could create synergies between land use and transportation, reduce car trips and the land needed for parking areas, and provide the density and ridership necessary to support more reliable and more frequent transit service. Infill growth that increases density near jobs and services can help reduce per capita greenhouse emissions by reducing car trips.”

The remaining key strategies in the General Plan Update supported by SACOG are eliminating parking minimums citywide and introduce parking maximums; right-sizing streets as a means of prioritizing walking, biking, and transit over automobile use; and prioritizing equity in future infrastructure improvements by focusing investments in historically underserved neighborhoods.