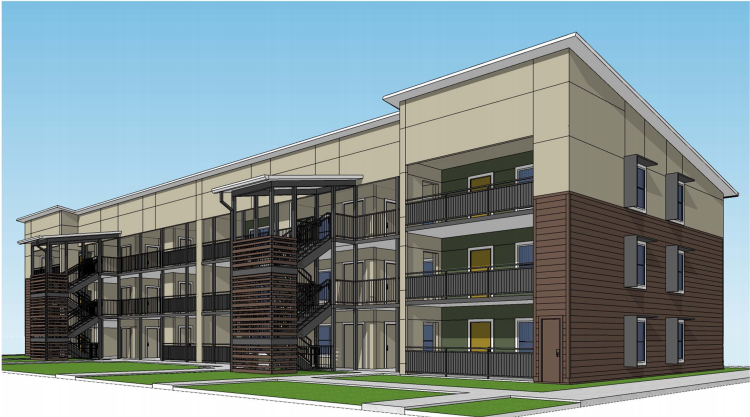 February 23, 2022: The Sacramento region received a combined boost of $76 million for three affordable housing projects that enhance alternative transportation options. The Affordable Housing and Sustainable Communities, or AHSC, grants were awarded to projects in Sacramento, Yuba City, and South Lake Tahoe. The awards mark the first time a project in the Sacramento region has been successful in the transit-oriented development category. With housing production lagging and population growing, funding programs like the AHSC grant give developers and jurisdictions financial support as they work to meet demands and address state emissions reduction targets.

“To call it a [housing] crisis is an understatement. It affects us all,” said Gus Becerra, executive director of the Regional Housing Authority which covers Yuba, Sutter, Colusa, and Nevada counties. Leading the four-county housing authority gives him firsthand knowledge of the long waitlists of people eager to move into affordable housing units. He described the waitlists as “bursting at the seams.”

The AHSC program, which is administered by the California Strategic Growth Council, focuses on an integrated affordable housing and land use approach. Projects are scored on how they reduce greenhouse gas emissions. So, it’s not just about the number of units; developers must also consider each project’s connection with transit and other amenities.

According to Sally Greenspan, director of the Building Sustainable Neighborhoods team at Enterprise Community Partners, Inc., the AHSC grant “is pushing the envelope, ensuring that housing is part of the solution to our climate crisis. Where people live often dictates how much they need to drive. Because transportation is the leading source of greenhouse gas emissions in our state, where housing is located matters immensely.” Greenspan and her team at Enterprise Community Partners worked as consultants on the Yuba City and City of Sacramento AHSC grant applications. The nonprofit’s work centers around making more affordable housing available in the United States and has been assisting developers and jurisdictions with the AHSC grants since the program’s inception eight years ago.

Yuba City’s project, Richland Village, received the second highest score across the state out of 37 awarded projects, and a total of $30 million for the 4.7-acre site that sits near the confluence of the Feather and Yuba rivers. Becerra said he was shocked when he learned of their score and award. “To compete with other very urbanized projects that have the ability to bring in more financing and have the ability to get creative. We are very proud of our team.”

Richland Village will include 176 units with one-, two-, and three-bedroom apartments, park space, trails, and transit connections. As part of the project, Yuba-Sutter Transit will receive $8.5 million to help finance the development of their new facility. Financial commitments from the City of Yuba City, Sutter County, and even the Yuba City Unified School District helped to propel the project’s success.

It is essential for affordable housing developers, jurisdictions, and transit to work together and “think beyond the parcel,” said Kristine Williams, program director at Enterprise Community Partners. She worked on Yuba City’s project and the On Broadway project in the City of Sacramento, which secured a $29 million grant in the transit-oriented development category. The category has historically been awarded to more dense urban regions like the San Francisco Bay Area and Southern California. It is the first time Sacramento has won an award in this category.

“The region is really poised to have continued success with the program, especially with rail expansion happening,” added Williams. Preparation for the next round is already under way and the funds allocated for AHSC grants have been growing over the last six cycles. Williams says this is a good thing, but it also means that the number of applications submitted to the program will continue to grow.