SACOG Board of Directors Elects New Leadership for 2023 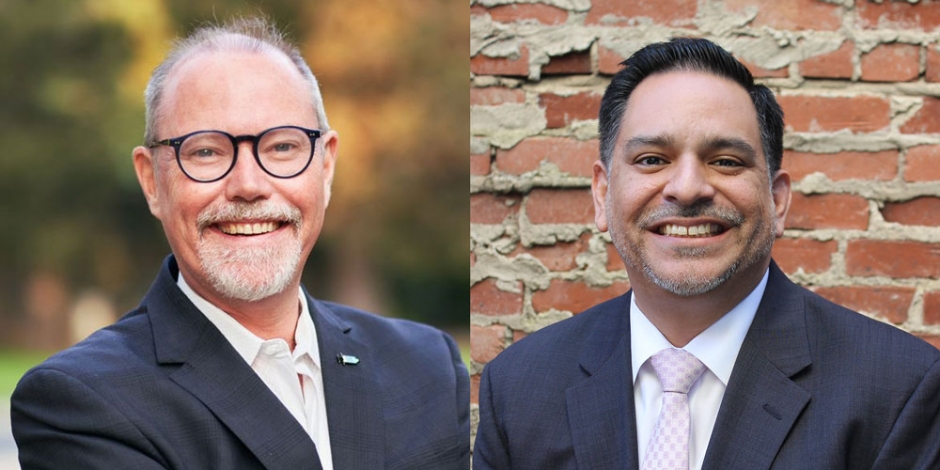 November 14, 2022: The Sacramento Area Council of Governments (SACOG) Board of Directors has elected County of Sacramento supervisor, Patrick Kennedy as the board chair and City of Placerville vice mayor, Michael Saragosa, as the board vice chair. They will be sworn in during the first board meeting of the year on January 19, 2023.

Chair-elect Patrick Kennedy has served on the SACOG board since 2015 and as the board vice chair in 2022. In 2014 Kennedy was elected to the Sacramento County Board of Supervisors to represent District 2, which includes the South Sacramento region and Freeport community.

Vice chair-elect, Michael Saragosa joined the SACOG board in 2019, served as chair of the Land Use and Natural Resource Committee in 2022, and on the Race, Equity, & Inclusion Working Group since 2020. Saragosa is the current vice mayor for the City of Placerville, where he was appointed to the council in 2018, and was re-elected in 2020. He has served on several high-level positions within the Schwarzenegger Administration including Undersecretary at State and Consumer Services, Executive Director of the Employment Training Panel, Deputy Cabinet Secretary and Chief Deputy Appointments Secretary. He currently owns and operates his own public affairs firm with his wife.