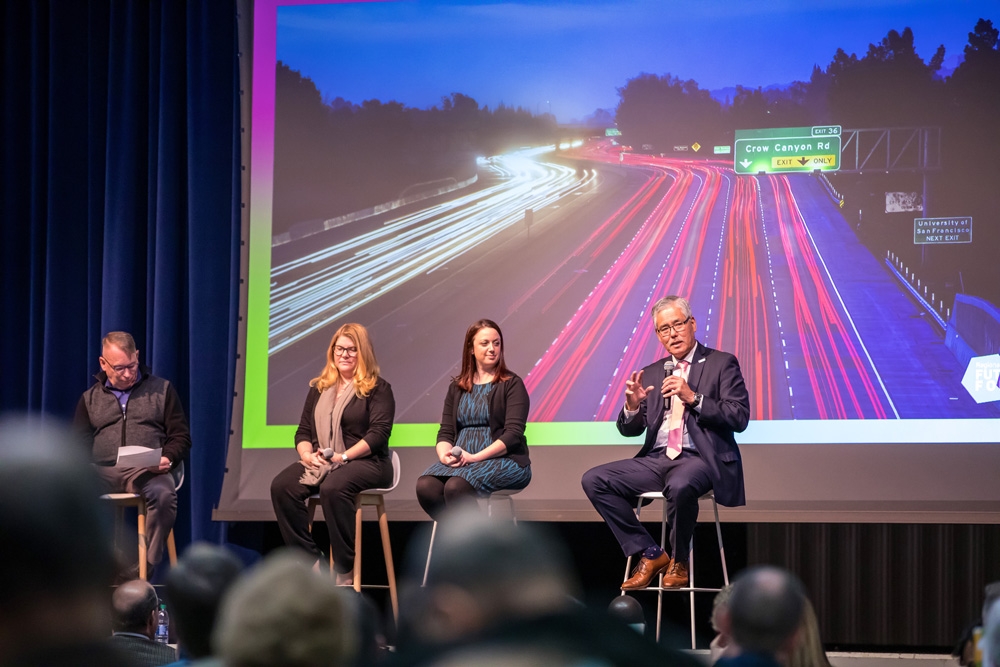 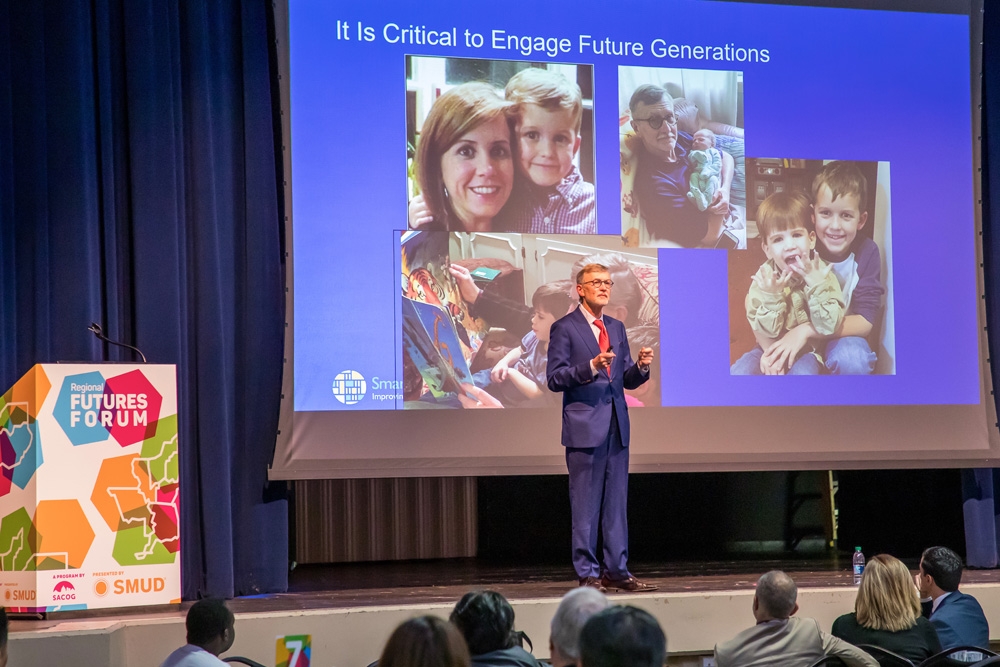 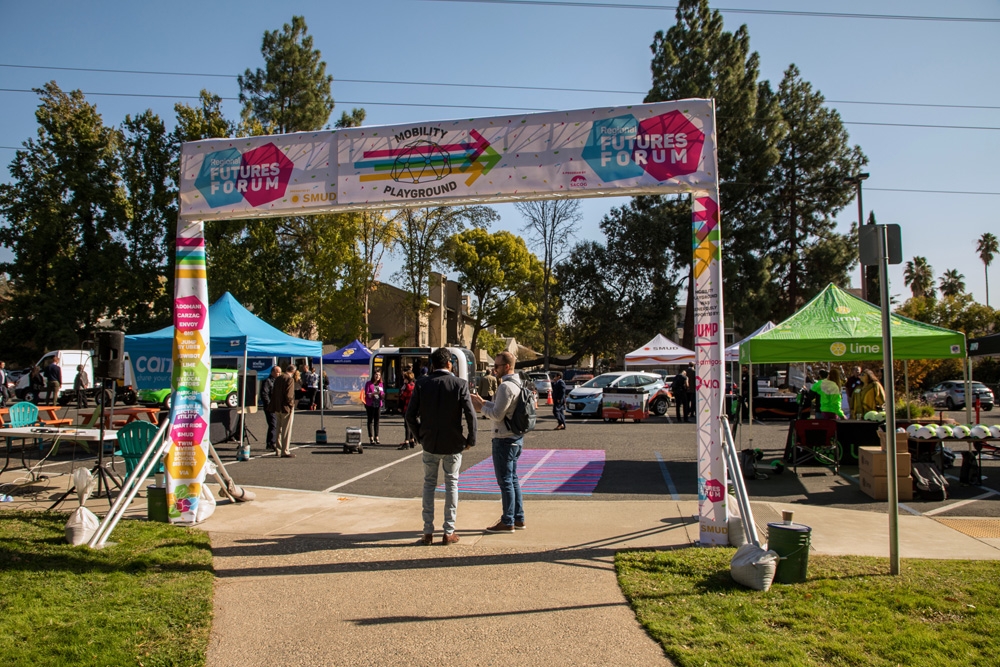 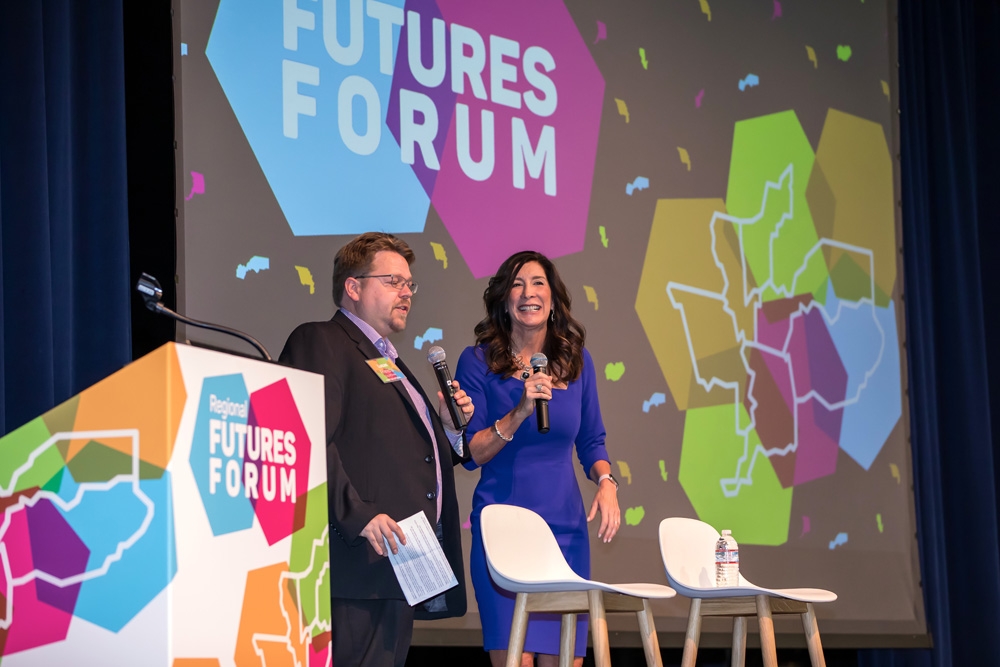 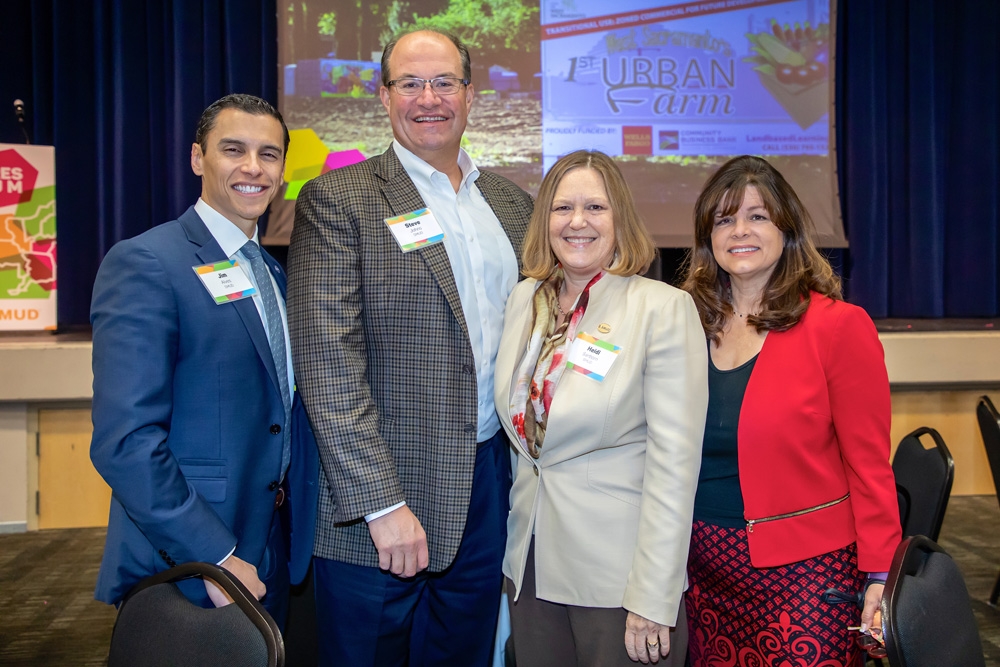 November 18, 2019: The Regional Futures Forum is over for another year but the lessons from the day-long conference about the future of transportation live on.

The second annual RFF was a bigger event than last year’s inaugural Forum, with more than 300 people showing up at the Center at 2300 on October 30. The audience was mostly elected officials, senior city and county staff from all around the Sacramento region, and staff and guests from partners and sponsors.

The day’s first keynote speaker was Mayor Jackie Millet of Lone Pine, Colorado, with “Lessons from Lone Tree”. She detailed how her small, conservative, suburban city had gone all in on transportation investments and how that had benefited her community. But it had not been easy — one newspaper ran a series of editorials every Sunday for 13 weeks against the tax measure that financed much of the transportation infrastructure and the state’s governor and head of the Department of Transport were also opposed.

It took a strong local coalition of champions to get the measure passed, Mayor Millet explained, and when the measure won, the headline in the Denver Post was “40 Mayors Trump One Governor.”

The effort took a great deal of perseverance, said Mayor Millet, and that was a theme that others touched on during the day. When discussing the steps toward regional prosperity, Valley Vision CEO Bill Mueller referred to the importance of “cathedral thinking”, in which collaboration, advance planning, and the determination to build something strong and lasting lead to successful long-term outcomes.

That theme of safeguarding the future for the next generations was echoed by the day’s closing keynote speaker, John Robert Smith, the chair of Transportation for America. Smith was the Republican mayor of Meridian, Mississippi, for 16 years and since then, his work for Smart Growth America has taken him to 119 cities and towns across 48 states. He defined smart growth as “shaping the quality of a place and the lives of the people who live there.”

He traced the history of city planning to suggest that the recent focus on place-making and mixed-use development was a return to pre-WWII development patterns and was also one driven by two inescapable forces, one economic and one demographic. The economic force is the transition of the American economy from manufacturing to knowledge and the demographic force is the aging of the boomer generation and the rise of millennials, who are now the largest percentage of the population and workforce.

As a result of these two forces, cities have gone from “chasing smokestacks to chasing talent” and that talent tends to be young digital natives. Talented millennials are shunning jobs in suburban office parks in favor of cities, big and small, with walkable neighborhoods and good transit, the same qualities prized by downsizing boomers who want to drive less.

Smith challenged the civic leaders in the room to be courageous and visionary as they remade their places with an eye on the distant long term, when they may not be around to see the fruits of their vision — but their children and grandchildren would be.

The Regional Futures Forum was a SACOG event with SMUD as the presenting sponsor and the Sacramento Metro Chamber and Urban Land Institute as partners. Supporting sponsors were Sacramento State, AARP California, the Greater Sacramento Economic Council, and UC Davis.