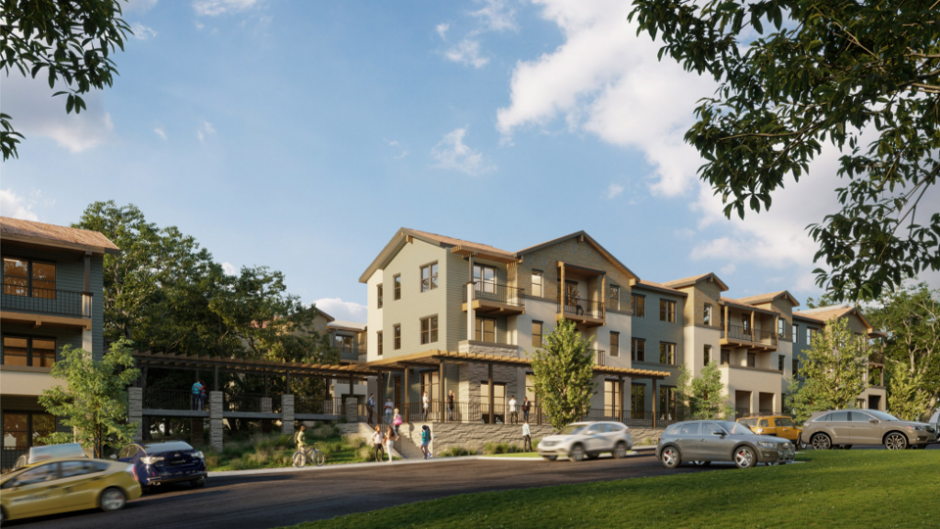 March 15, 2022: Placerville is a small city propelled by tourism, shops, and restaurants. People come from around the state to experience a piece of gold rush history. Now, plans are in motion to build more workforce housing for the community members who help keep the industries thriving. The city’s thoughtful planning has paid off with three new affordable housing projects that are making progress.

Once tax credits are approved, the Mallard Apartments and Middletown Apartments, will join the underway Placerville Armory in development. These projects will bring a total of 237 new affordable units to the city, far exceeding the Regional Housing Needs Allocation (RHNA) goal of 90 lower-income units.

Pierre Rivas, director of the Development Services Department for the City of Placerville, has lived in the city for more than 30 years. He shared, “When I first came to Placerville, I couldn’t find a place to live. I had to commute from Carmichael.” Rivas said the goal is to provide more workforce housing for the service sector jobs so workers have a choice if they want to live in the same city where they work. It opens the opportunity for walking or biking to work, not just driving.

“The challenge with building affordable housing,” Rivas explained, “is the difference in the cost per unit to develop and the rents to cover expenses.” Mix that with a tough mountainous topography that requires more in development considerations compared to building in the sea level valley. With the right timing for affordable housing funding, and help from a consultant, “I would call it an alignment of the stars,” said Rivas.

Mallard Apartments and Middletown Apartments will be built in areas that the city has dubbed, “Housing Opportunity Overlay Zones.” These areas have been rezoned to multi-family, high-density lots that include a California Environmental Quality Act, or CEQA, analysis. It’s like a bonus for developers who don’t have to undergo any additional discretionary reviews and it helps to streamline the development process. Rivas said that the idea came from studying what other jurisdictions were doing to help expedite housing developments. “It was great because the developer happened to be in the market and saw those. It really worked. It was a lure, and we caught our big fish,” he joked.

In addition to the two new developments, Placerville was presented with another opportunity with the state-owned armory. In 2019, Governor Newsom signed an executive order that instructed the Department of General Services to inventory all state-owned parcels that are considered surplus which ultimately included the Placerville Armory site.  Since then, the city has been working with the California Department of Housing and Community Development to create a viable affordable housing project there.

The new units are great news for those who must commute from outside of the city to get to work. Community members are positive about the projects and see the need for affordable workforce housing to provide a place for service industry workers to live near where they work, shared Rivas. Placerville’s hard work and creative solutions to provide more affordable housing for community members is beginning to pay off.