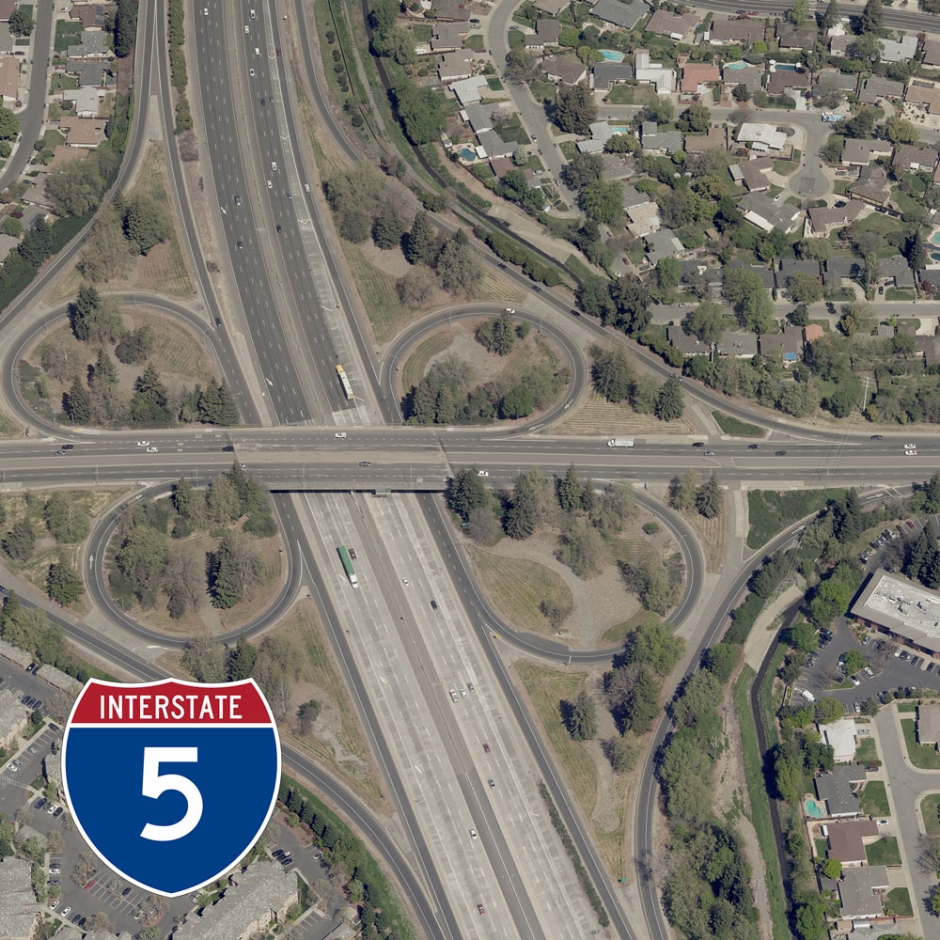 September 30, 2019: Look out, I-5 is getting some major work done, all to improve commutes and make carpooling a lot easier.

The SAC 5 Corridor Enhancement Project, which began in July, is the biggest freeway construction/expansion project in the region since 1975. The work will occur one mile south of Elk Grove Boulevard to the American River viaduct and will include 67 miles of new and rehabilitated lanes and 23 miles of carpool lanes, or High Occupancy Vehicle (HOV) lanes.

The interstate has been facing many challenges recently, including deteriorating pavement, poor ride quality, and traffic demand above the highway’s capacity. By fixing existing lanes and adding High Occupancy Vehicle (HOV) lanes, the three-year, $370 million project will address these challenges and improve travel times in the area, cutting travel time for HOV users by 13 minutes and by 7 minutes for drivers in non-HOV lanes. Adding the HOV lanes will be an incentive for people to opt into carpooling, vanpooling, and using express bus commuter routes, and as more people opt into these travel modes, we could see further reduced travel times in the long run.

The I-5 improvement project is essential to implementing SACOG’s 2020 Metropolitan Transportation Plan (MTP/SCS). Maintaining existing roads and infrastructure is a priority for the MTP and adding another 40 years of life to the stretch of I-5 will support both current usage and existing growth. This specific stretch of I-5 currently accounts for 3 percent of the region’s vehicle miles traveled (VMT) with 140,000 cars traveling 1,793,000 miles combined and 5 percent of the region’s congestion. With the improvements, it is projected that the I-5 stretch will still account for three percent of regional VMT but congestion will go down to 2 percent of regional congestion, by decreasing 62,000 vehicle miles traveled.

The $370 million project is being funding from several sources, including $280 million from the State Highway Operation & Protection Program (SHOPP), $48.3 million from SB1 funds, $33.2 million from Sacramento Transportation Authority (STA) Measure A funds, and $8.5 million from SACOG. The project is expected to be completed in December 2022.