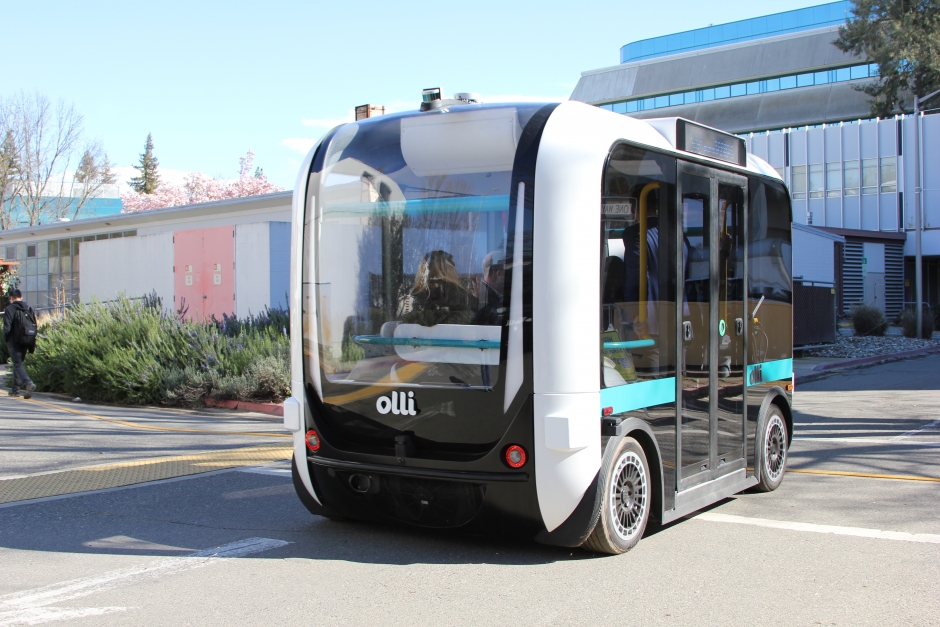 February 27, 2019: Last week’s official launch of the Olli autonomous electric shuttle at Sacramento State was another step toward the driverless car future. But given that it was one of the handful of places around the world to host a pilot of the 3D-printed shuttles, it also helped put the Sacramento region on the map as a test-bed of new mobility technology.

That was one of the aims of SACOG’s Civic Lab project, the mobility technology incubator that helped the Sacramento State team have a “shovel-ready” pilot project pitch to win the Olli Fleet Challenge.

With local television and national media attention and lots of interest from technology and mobility blogs, Sacramento State’s win may be the most high-profile of the new mobility pilots to come out of Civic Lab but six other pilot projects developed in the 2018 Civic Lab have also launched. They include microtransit pilots in Citrus Heights, Rancho Cordova, and North Natomas,  a youth workforce transportation pilot in Elk Grove, and a multi-pronged approach to reduce congestion at Davis’ Amtrak station. The range of pilots from rideshare to autonomous vehicles to microtransit shows how the Civic Lab incubator is a holistic approach to transportation in our region.

As Elk Grove City Council member Darren Suen, who serves as the chair of SACOG’s Policy and Innovation Committee, said at the Olli launch, “When the SACOG Board of Directors committed $1 million to implement Civic Lab projects, we made good on a new promise of taking risks, innovating, and learning with teams like the one here at Sac State.”

That innovation continues in Civic Lab, which this year has 12 teams from five counties focusing on how to use fresh approaches to revitalize neglected commercial corridors.

The Olli launch was the first opportunity for the public to ride the autonomous shuttles, although during three-month pilot the two shuttles will have an attendant at the emergency brake for safety. The Ollis will stop on their own for potential hazards, scanning their surroundings with lidar — a radar-like system that uses reflected lasers for positioning — plus traditional radar, cameras and GPS maps. They will circle campus on a pre-programmed route, picking up and dropping off up to eight students at a time.

The two Ollis cost $100,000 to implement, $90,000 of which was provided by SACOG as part of its commitment to promoting innovative solutions to mobility challenges and to promoting the Sacramento region as a test-bed for new transportation technologies.