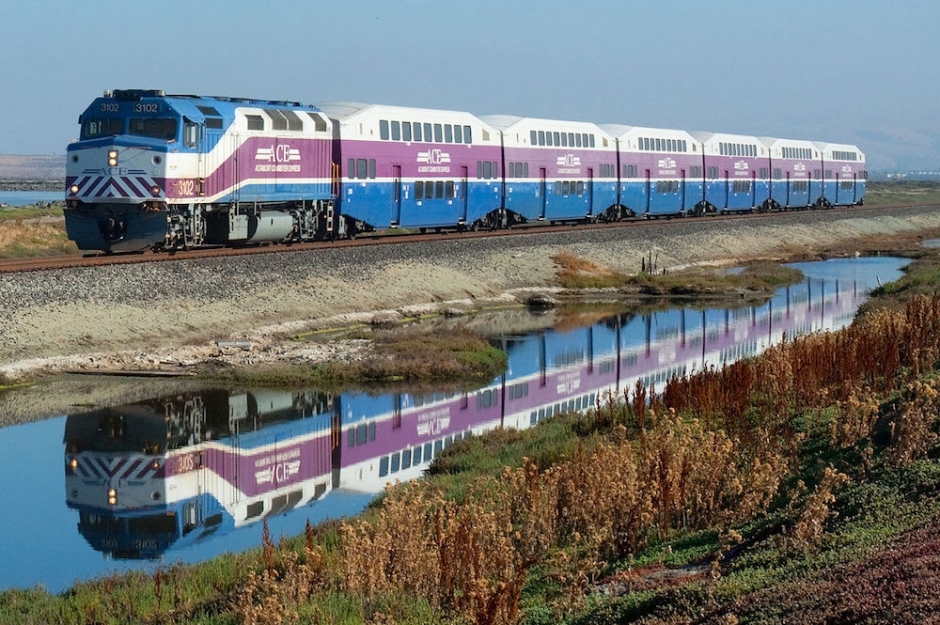 If you want to travel north from Sacramento by train, options are limited. There are only two stops in Butte County, between 2 am and 3:30 am via the Amtrak Coast Starlight, with no stops in Yuba County. But the possibility of new stops and improved travel times connecting to the north from Sacramento may be in the not-so-distant future. Students, visitors, and residents could soon be settling in to pass the time with their favorite podcast while crossing through farmland on an effortless train ride from Sacramento to Marysville, Oroville, and Chico.

The North Valley Rail Vision is a proposed extension of the already underway North Valley Rail project that will eventually extend rail from Stockton to Elk Grove, downtown Sacramento, and Natomas. If the Vision comes to fruition, that will mean a train extension from Natomas to connections in Marysville, Oroville, and Chico. Dan Leavitt, manager of Regional Initiatives for the Altamont Corridor Express believes the timing is key for this partnership. “Our Valley Rail program has opened up this opportunity,” and he is pleased to see everyone’s enthusiasm for the project.

Rail lines are more than a connection between cities; they are a lifeline that brings economic vibrancy and movement to an entire region. The connection between Sacramento and Marysville will help the region meet its greenhouse gas reduction goals, while increasing access between both cities. A new Marysville train station could also help spur transit-oriented development including retail and housing.

“Bringing back train service to Marysville would be an economic spark to ignite to revitalization of our downtown,” says Jim Schaad, Marysville’s City Manager. “It would tie together a critical corridor between Butte County, Marysville and Sacramento.”

With the backing of 29 partners who represent transit agencies, colleges, cities, and counties throughout the region, the Butte County Association of Governments (BCAG) received an award of $500,000 for the Caltrans Strategic Partnerships Grant. Jon Clark, executive director of BCAG has played an instrumental role in moving this train extension forward. “This is a really exciting project compared to others that I’ve worked on. It’s touching more than just our county; it’s affecting all of the cities and counties in between us.” Clark is appreciative of the support that has been received for this project. He reflects, “it’s been a comforting feeling.”

The grant will fund BCAG’s Project Scope Report that will specify costs, environmental impacts, station locations, and track improvements. Clark is looking to obtain an additional $500,000 in funding to help with any unexpected costs throughout the study. Securing the Caltrans Strategic Partnerships Grant is the first step in the process to connecting Sacramento to Marysville and Butte County. He is optimistic that more money will become available as the project progresses. “We’ll see what it costs to bring rail here, but I believe we’ll be able to get the funding in place.”