A New Dawn for Sunrise Mall Is On the Horizon Citrus Heights' plan to catalyze redevelopment, housing, transit, and boost its economy 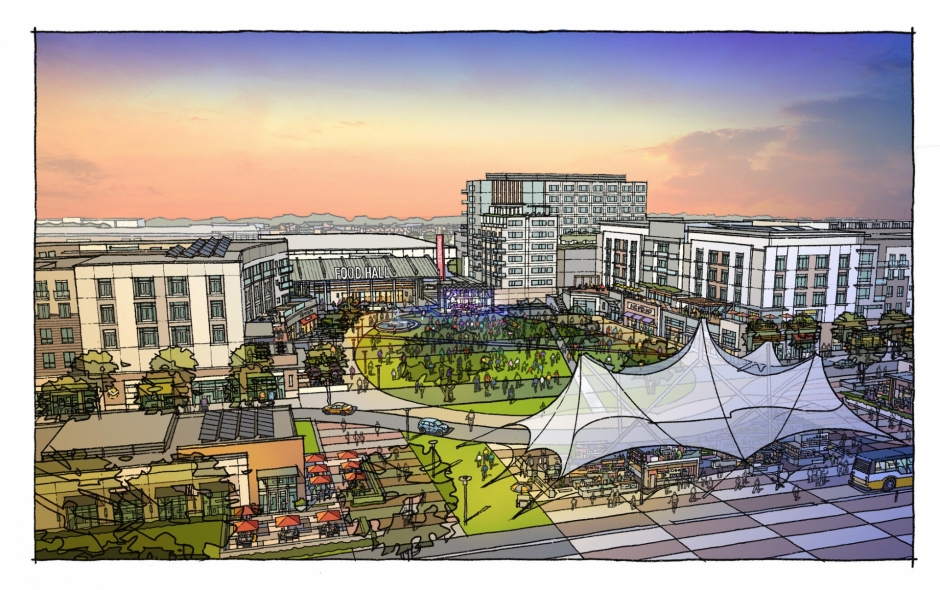 January 10, 2022: When the Sunrise Mall was first built in 1972 it was thought of as the place to be in Citrus Heights. But as time went on, the economic engine that was the mall began to experience the effects of e-commerce, rising competition with other shopping centers, and changing consumer preferences that resulted in a decline of the mall’s success. In an effort to revitalize the area, city staff and the six property owners partnered to develop the Sunrise Tomorrow Specific Plan to outline the redevelopment of the 100-acre site. The Specific Plan was unanimously adopted by the Citrus Heights City Council on November 10, 2021.

A 2020 report released by Coresight Research estimates 25 percent of America’s roughly 1,000 malls will close over the next three to five years. As this circumstance becomes more evident, other jurisdictions and property owners will be using what Citrus Heights accomplished at the Sunrise Mall to model their own redevelopment projects. “The region is commercially overzoned, so we expect to see more commercial properties turned into mixed-use developments,” said Casey Kempenaar, Citrus Heights’ community development director. The economic and fiscal benefits of this development include an increase in property taxes and Transient Occupancy Tax (TOT) that is expected to result in a $99 million tax infusion for the city over the first 20 years of operation.

Citrus Heights is working to revitalize physical real estate, make it easier to get around, and increase the quality of life in the area. Not only is the Sunrise Mall in the heart of the city, but it also sits on the second busiest intersection in Sacramento County in between the largest employment centers outside of downtown Sacramento.

Meghan Huber, Citrus Heights’ economic development and communications manager, added, “The plan also ensures a new economic engine for Citrus Heights. Our community is 90 percent built out so we have to work smarter to keep up with our housing demand, restore our tax base, and ultimately keep our community’s future active. All of these efforts will create a regional destination which is powerful.”

City leaders and mall owners aren’t the only ones excited for revitalization. The community at large is looking forward to having access to new amenities that are outlined in the plan, including up to 2,200 units of new mixed housing options like apartments, townhomes, senior housing, and more. Additionally, the plan envisions a creative mix of office spaces and three hotels; however, existing residents are likely more enthusiastic about having access to additional fitness areas, common gathering spaces, food, dining, and entertainment options.

All of these will be connected through a network of enhanced mobility options including shaded sidewalks, pedestrian paths, marked crosswalks, bike lanes, and multi-use paths and a transit station. Huber reminds us that the success of this plan is in part due to the city’s intensive community engagement: “Community engagement has been a guiding principle since the plan’s inception. We have received national attention for this project, generating over seven million impressions across social media, our website, and through media outreach. This is significant because the city only has 88,000 residents.”

While the Sunrise Mall is still currently open and operating, the City of Citrus Heights is hoping that construction will begin in surplus parking areas in the next 12 to 18 months with a full buildout expected over the next 20 years. “As a Citrus Heights community member, homeowner, and business owner, I am personally excited to see this plan come to fruition, and I know the community is also looking forward to the city growing in this way,” expressed Amanda Camacho, president of the Citrus Heights Chamber of Commerce.