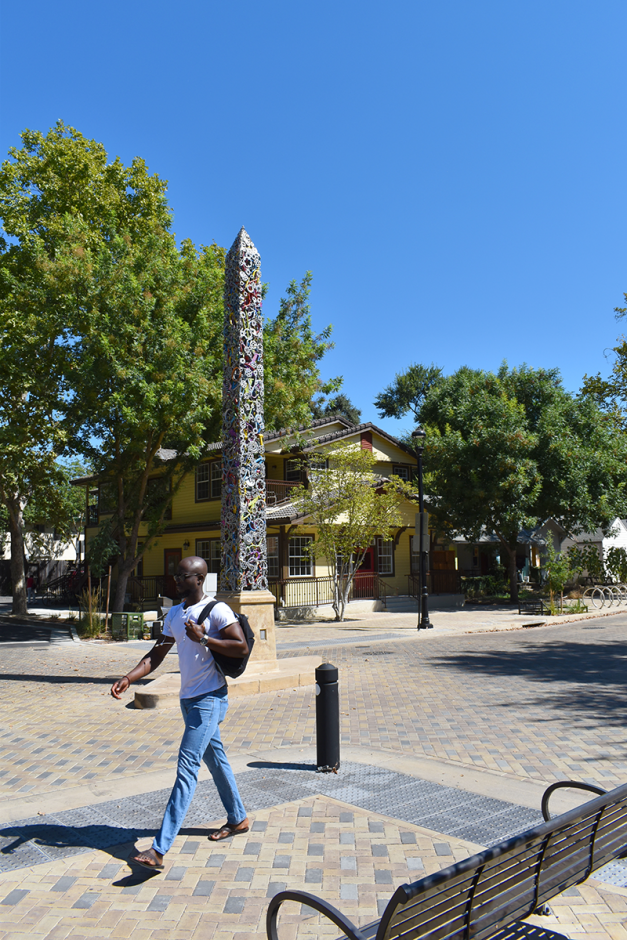 August 26, 2019: The City of Davis boasts both the nation’s highest percentage of commuters by bike (20 percent) and the first bike lane in the country (1967) and now it has a monument to that two-wheeled legacy.

The Davis Needle is a 25-foot-tall obelisk created with reclaimed bicycle parts and customizable LED lighting that was installed in the middle of the intersection of Third and University streets, the centrepiece of the freshly redesigned street.

Third Street between A and B streets connects UC Davis to the commercial core of the city and now there is a modern road and sidewalk that establishes it as a gateway district bustling with people. To facilitate the large number of pedestrians, the city tripled the sidewalk widths, improved lighting, and installed benches and information kiosks. Those wide sidewalks also helped accommodate additional bike parking, making the gateway district more accessible to students and campus staff. The project also includes the region’s first permanently installed electronic bicycle counter, which compares ridership to the previous day’s.

The improvements have sparked a wave of new businesses. The city has already received five new applications for businesses that want to locate there, in addition to the long-time restaurants, coffee shops and other service businesses that line the corridor.

Davis councilmember and SACOG Board Vice Chair Lucas Frerichs is enthusiastic about the thoroughfare. “Once the students return to classes this fall, the Third Street Gateway is going to be one of the most happening places in the entire city, and it will serve as a model complete streets project in the SACOG region.”

For Third Street, the beauty is more than skin deep. The project started deep underground with extensive work including replacing the water main, burying overhead electric lines, and installing new storm and sanitary sewer mains. The roadway is made up of permeable pavers designed to channel stormwater to special Silva cells, which capture some of the water to support the trees lining the road. The pavers are installed in circle patterns to mimic bicycle wheels, which along with  the other improvements, help set the visual tone for the gateway. The city coordinated with UC Davis to continue the feel of the roadway onto campus to further cement the connection between the university and the city. 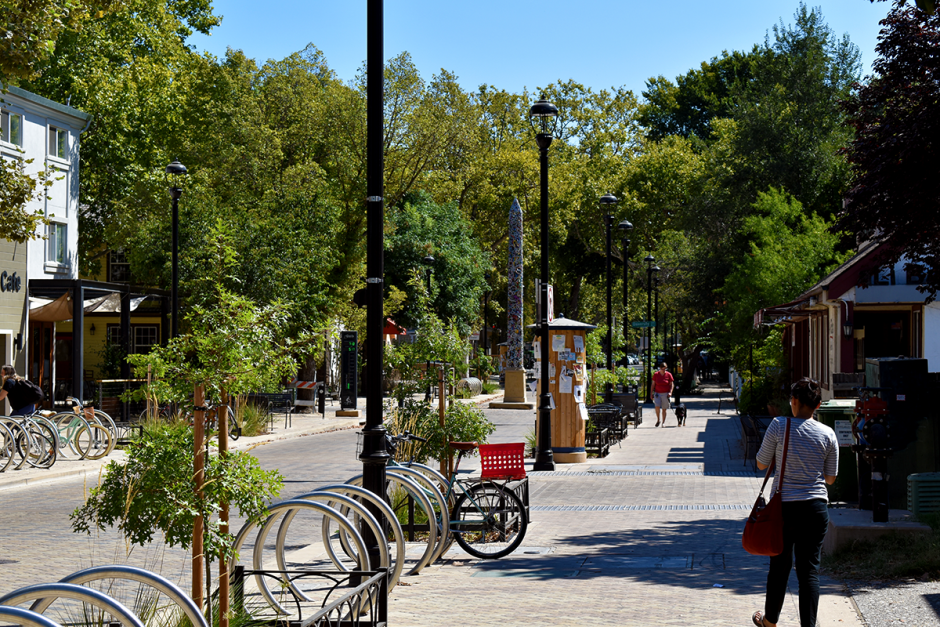 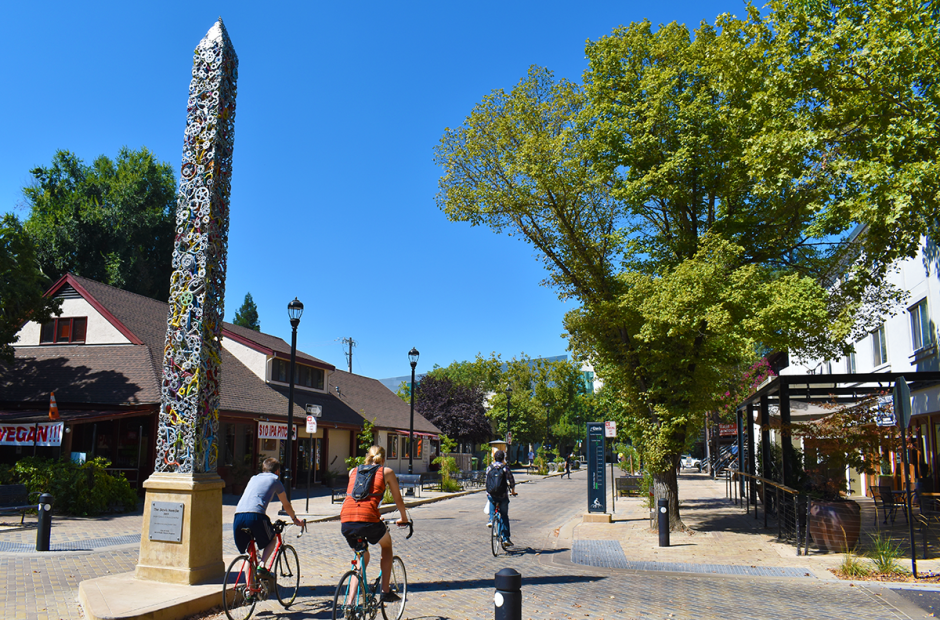