To Look to the Future, West Sacramento Looks Underground A city’s journey through redevelopment and revitalization 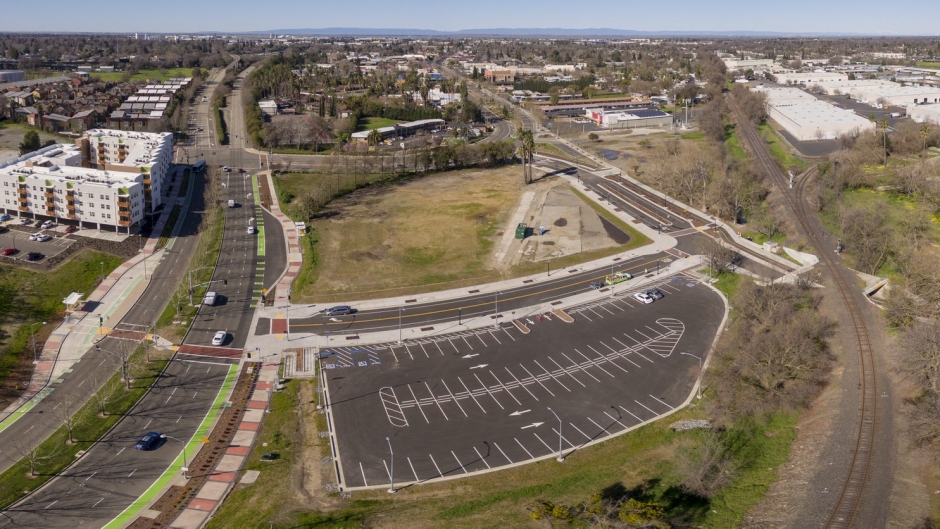 West Sacramento incorporated as a city in 1987. Those who have been around since then will note the evolution of a place coming into its own. Careful planning has led to today’s success and serves as a glimmer of what the future holds.

In the world of city planning and development, there are the things seen aboveground, like streetlights, pavement, parks, and buildings. But it is the hidden underground infrastructure that makes modern-day aboveground existence possible. Under our feet lie thousands of miles of pipes that carry water, natural gas, fiber optic cables, electricity, and more. City leaders have been working thoughtfully to lay the groundwork that makes infill and urbanization possible.

The progress in the city has been decades in the making. According to West Sacramento’s city manager, Aaron Laurel, community members understand that if they want more places to go out to eat and shop in their city, there is going to have to be more people living and working there first. This requires some big investments to make it happen. “We want to have our vibrant area where everyone in the city can benefit and enjoy,” said Laurel. “It’s not that exciting putting money in a sewer line, but if you want investment, you’re going to need the sewer line.”

The waterfront was once perforated with rail lines, an elevated freeway, remnants of rice mills and canneries in the Washington District, and a feeling of an industrial desert, which made the task of revitalization seem impossible. “Getting to the first step was almost overwhelming when you looked at everything we were up against,” recalls Laurel.

Laurel has been part of West Sacramento’s transformation for 17 years, working in almost every department in the city before becoming the city manager in 2018. “It started with the basic vision of where we wanted to be, and that was grounded in the idea that you had this place that was long overlooked,” said Laurel. The vision was the potential of the West Sacramento riverfront, which was articulated in the Triangle Specific Plan (now called the Bridge District Specific Plan) and the Washington Specific Plan in the early 1990s. According to Laurel, these plans have been successful because leaders like former mayors Christopher Cabaldon and Mike McGowan had committed resources and time to see them through.

Council member Chris Ledesma first served on the city’s Planning Commission in 2001 before being elected to the city council in 2010. Ledesma recalls discussions with Cabaldon about the direction of the city in the early 2000s: “He [Cabaldon] said to me, ‘The Planning Commission has to get more comfortable with higher density.’” This led to some lively discussions and “it provoked the right thought from us,” shared Ledesma. The right thought and a recession led to a strategy and stimulus grants that helped make the initial development possible. “We had the funding strategies, and we had the will of the council only because we had to,” said Ledesma. “We had to keep growing.”

Hidden infrastructure improvements are one of the biggest challenges cities and counties face when considering infill development. The 2021 Report Card for America’s Infrastructure published by the American Society of Civil Engineers gives overall grades on how well infrastructure systems fare in the United States. Although the report gives kudos on recent progress, the grades range from a C− for drinking water, a D for stormwater, and a D+ for wastewater, to name a few. These are the result of maintenance backlogs and a need for more funding resources.

Updating and replacing infrastructure to maintain and accommodate new development in infill areas is an expense that developers aren’t always able to take on and have a project be viable. In most cases, cities must find ways to fund the improvements that would prepare the foundation for developers to build those infill projects. In West Sacramento’s case, funding came from a mix of state grants and local funds like Measure G, which passed in 2012 with 87 percent of voters in support of the measure. The measure created an ongoing revenue source the city needed for redevelopment.

Another infill push for the region is being led by SACOG. The Green Means Go pilot focuses on accelerating infill development and helping ease the burden of infrastructure costs for cities and counties while planning for infill development. Jurisdictions around the region have identified Green Zones to focus their efforts on and have West Sacramento to look toward for infill inspiration.

Plans and visions are just the beginning of West Sacramento’s success. An adaptable mindset and commitment to community has allowed opportunities to take shape. “Our work is rooted in the mission to better the community,” shared West Sacramento’s Mayor, Martha Guerrero, “The growth and success of the city is due to a shared vision that staff and leaders believe in and are dedicated to finding a way to make it happen.”