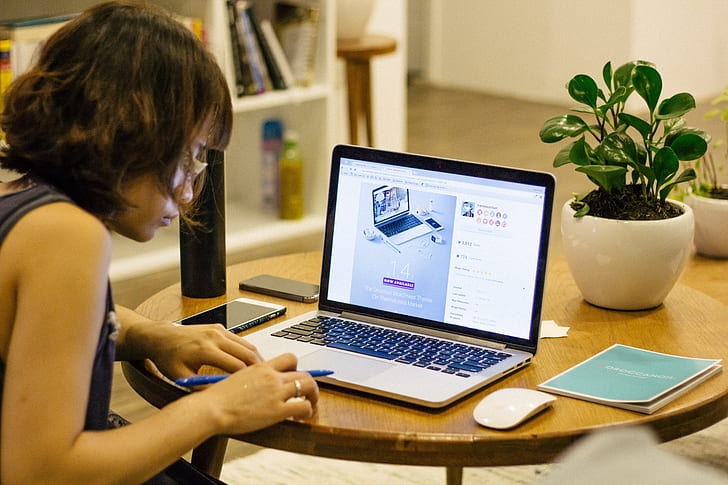 The changes wrought by the pandemic have also had unintentional benefits: cleaner air and, for those fortunate enough to still have jobs that can be done remotely, a chance to experience greater flexibility in where they work.

Work travel was down by about 50 percent from pre-COVID levels across the four-county Greater Sacramento region in mid-April, and by about 40 percent in early July, according to smartphone data from Google. And as vehicle traffic declined statewide in the early months of the pandemic, studies conducted by the California Air Resources Board revealed a 20 percent reduction in ozone-forming pollutants and a 50 percent drop in fine particulate emissions.

This forced experiment in telework has been remarkably widespread and largely successful, according to an ongoing survey by researchers at Arizona State University (ASU) and the University of Illinois. Their data indicates that nearly two-thirds of those who still had jobs during the pandemic were almost exclusively working from home and that among those who had previously not regularly worked from home, 62 percent said they were enjoying the change. Three-quarters of respondents expect their employers to continue to provide flexibility in where they work after the pandemic has passed.

Employers appear to be onboard with those expectations, according to a recent overview of large employers by the Sacramento Bee. The region’s largest employer, the State of California, “wants 75 percent of the state’s workforce to remain home, at least part-time, for the foreseeable future.” And Governor Gavin Newsom has directed state agencies to devise ways of making telework permanent for as many state workers as possible.

“The COVID-19 crisis accelerated a conversation already underway about modernizing state workforce practices,” said Amy Palmer, deputy secretary at the state Government Operations Agency. “We are working hard to learn from this experience so we can apply those lessons in the future.”

“Working from home is a great thing for the company and for the employees, who don’t want to get back in cars and commute for two hours. That’s lost productivity,” Joan Burke, the chief people officer of DocuSign, a San Francisco tech company that enables electronic agreements, told the New York Times.

Telework post-COVID will be much more prevalent than before, when the ASU survey data showed that 13 percent of workers teleworked even a few times pre-COVID . But we have some good insights on the travel behavior of pre-COVID teleworkers from SACOG’s Household Travel Survey, which is based on smartphone tracking and travel diaries maintained by 5,000 residents of the SACOG region in 2018.

That data showed that 17 percent of workers teleworked for at least 15 minutes on a workday and based on their behavior, they fit into three different categories: convenience teleworkers, who mostly teleworked for short periods of a day for flexibility; substituters, who telecommuted for more than 6 hours a day rather than going to their normal workplace; and stay at home workers, who did not have a usual workplace outside the home.

Unsurprisingly, workers traveled 27 percent less in total on days they teleworked, compared to those who didn’t, with substituters traveling 51 percent less on days they worked. But substituters traveled 121 percent more than the average of all workers on their non-telework days, suggesting that they may have made up for errands that previously had taken place on commute days. That implies that some economic activity migrates from employment centers to residential areas, suggesting telework could be a boon to suburbs and rural towns.

Workers’ and employers’ increased comfort with teleworking also means it is likely to be used more effectively as a tool of safety and convenience. During the region’s increasingly dangerous wildfire season, for example, more people are likely to stay home to avoid dirty air, which also lessens emissions from travel. They are more likely to time-shift on days when they go into the office, perhaps teleworking for a couple of hours in the morning to dodge peak commute traffic. And hybrid work schedules, where workers may go into their regular workplace for two or three days a week, may mean those days become dedicated to more interactive tasks, including the social events that promote team cohesion, which could help minimize the economic impacts on employment-center hospitality businesses.

The takeaway from the research is that telework will become more prevalent but that its impact may be more nuanced than we might imagine. SACOG is working on a regional telework program to support businesses where telework has been viable during the pandemic through pilot programs. Specifically, we will establish programs to implement during the transition back from shelter-in-place orders to maintain levels of effective telework to capture gains in worker productivity and satisfaction as well as reductions in congestion and vehicle emissions.