How to Revitalize an Inner-Ring Suburb Lessons from Arden-Arcade 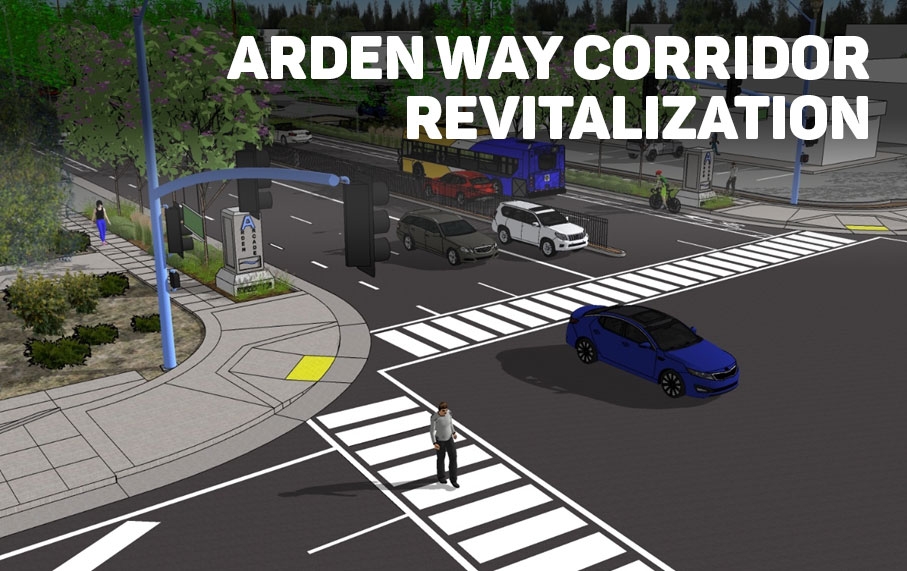 She knew a strategy was needed to create interest within the community in revitalizing the prospects of the area, a highly diverse community that includes older commercial corridors, modest homes as well as multimillion dollar houses consisting of the first suburban ring outside Sacramento’s city core.

Peters’ theory was straightforward: “Let’s target resources on one area to create a catalyst that will generate additional investment rather than spread resources around so thinly that nothing really gets accomplished.”

In short, build success and repeat.

Modernizing and activating Arden Way’s potential is the latest target in her plan of revitalizing Arden-Arcade. Peters zeroed in on the stretch of Arden Way from Howe to Watt avenues after being inspired by seeing examples of suburban revitalization in Virginia on the first SACOG tour to DC suburbs in 2017.

“I realized the revived areas we were touring looked similar to our main thoroughfare of Arden Way,” Peters said.

The County hired consultants from Smart Growth America to spend three days on Arden Way, which had been unchanged since the 1960s, and to help develop a plan for it. They found that “we actually had pretty good bones since the street had schools, a grocery store, post office, coffee shops, several churches and a few large parcels that could be turned into housing thereby helping to create a town center look and feel,” Peters told the 2019 Regional Futures Forum.

“We followed up with meetings with business owners, developers, realtors and more to discuss what they would like, which involves slowing down traffic a bit so their stores can be seen and provide a more attractive and walkable shopping experience. Several wanted to invest in their properties but were reluctant to do so but now property owners and businesses are interested in working with the County’s Transportation and Economic Development departments to reinvest.”

Almost $100m in investments both public and private have occurred along Arden Way in the past several years providing a solid foundation for the corridor’s future potential.  There is even an effort underway to launch a Property Based Improvement District (PBID) for the area modeled after the successful Fulton Avenue Association, which has been operating for more than 20 years.

The transformation of Fulton Avenue from being named the ugliest street in the area to its current beautiful status reflects Peters’ practical approach to revitalization: “If I plant flowers in my front yard, the guy across the street is going to say, ‘that looks pretty good. I’m going to try that.’ And then somebody else does it and you’re off running.”

Sacramento County already has had investment success in two major commercial corridors in Arden-Arcade.  Besides the upgrade to Fulton Avenue as a result of a private-public partnership, a portion of Auburn Boulevard was revitalized through the installation of distinctive neon lights and decorative fencing.

Other targeted fixes for Arden-Arcade have involved good old-fashioned street maintenance and public works improvements.  A section of Fair Oaks Boulevard is scheduled to be improved between Munroe and Howe avenues by reducing the number of traffic lanes and adding bike paths. Already Phase I of that stretch has had installed new pedestrian signals and bright red painted crosswalks. And County DOT identified one particular Arden Arcade neighborhood in need of repaving where the roads were ranked on the Pavement Condition Index at an average of 30, or very poor.  That, according to Peters, resulted in grateful residents calling her office to say that paving “increased my home value five to ten thousand dollars.”

From her various efforts in Arden-Arcade, Peters has been able to distill some of the key lessons on how to revitalize aging suburbs:

And lastly Peters said there must a transparent and communicative process involving property owners, businesses, and residents.