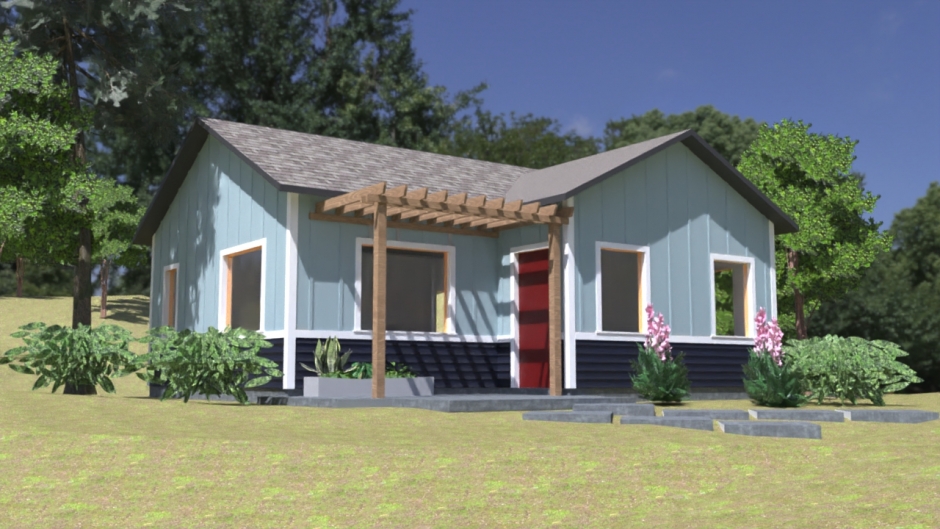 February 26, 2021: Citrus Heights is one of the most land-locked cities in the SACOG region. The city of 83,000 residents is surrounded by other developed communities, including Roseville to the north, Orangevale, Fair Oaks, and Antelope. But just like the rest of the region, it is facing a housing crisis. How to expand when you can’t go out?

A small part of the answer, in every sense, is Additional Dwelling Units (ADUs). Increasing the use of ADUs is a key housing goal for California and the SACOG region. Three 2019 laws together universally guarantee homeowners the right to build an 800 sq. ft. ADU with 4 foot setbacks and 16 foot height on any residential lot, regardless of lot coverage, floor area ratio, or other local requirements. Fees have also been eliminated for ADUs of less than 750 sq. ft.

Citrus Heights will go above and beyond these requirements by making pre-approved ADU plans available for free to its residents this summer. As Citrus Heights planner Alison Bermudez noted, despite the state’s efforts to cut the regulatory burden on ADUs, they can still be rather costly to build. Citrus Heights’ plans come in three different sizes: a 500 sq. ft. studio unit, a 600 sq. ft. one bedroom one bath unit, and a 750 sq. ft. two bedroom, one bath unit. Different rooflines and exterior choices push the number of plans available up to 13.

The plans come pre-approved by the building department for building standards and energy efficiency, meaning owners need only apply for a basic building permit and can then take the plans to a contractor. Bermudez said this would save residents an estimated $6,500 in the cost of plans and more in the simplified regulatory process.

“It is really filling that need for family housing,” said Bermudez, who noted that in the past three years, only two of the ADUs built in Citrus Heights were available as long-term rentals. The vast majority are used for housing extended family members. She said an ADU was often the ideal “close but not too close” solution for housing family members like elderly parents, which was key when “the cost of care for seniors is outrageous and unaffordable.” An ADU also boosts property values and can become a source of income for homeowners as they age in place.

“They are such a great asset for families and the community. They improve the quality of life for so many people,” said Bermudez. She noted ADUs had often been built illegally because the need was there, and so making it easy and more affordable for people to build approved, safe, and energy efficient ADUs was a win for both the homeowner and the wider community. They expand the types of housing available in the community and mean that people can solve their housing issues without having to move out of Citrus Heights.

“I’m very excited that the City of Citrus Heights is making it easier and cheaper for its residents to build granny flats and in-law units. Having free, pre-approved Additional Dwelling Unit plans is an innovative and critical step to addressing our region’s housing shortage,” said City of Citrus Heights Vice Mayor Porsche Middleton.

Accessing financing for ADUs is still a challenge, said Bermudez, making them more viable for people who have enough equity in their house to access the cash to build. But the rewards could be life-changing. She recalled her favorite example of that transformation. An elderly couple built an ADU for their son with disabilities and later “wrote us a beautiful letter telling us how much it had improved all their lives. My colleague and I still talk about that letter and say, ‘That’s why we do this.’”