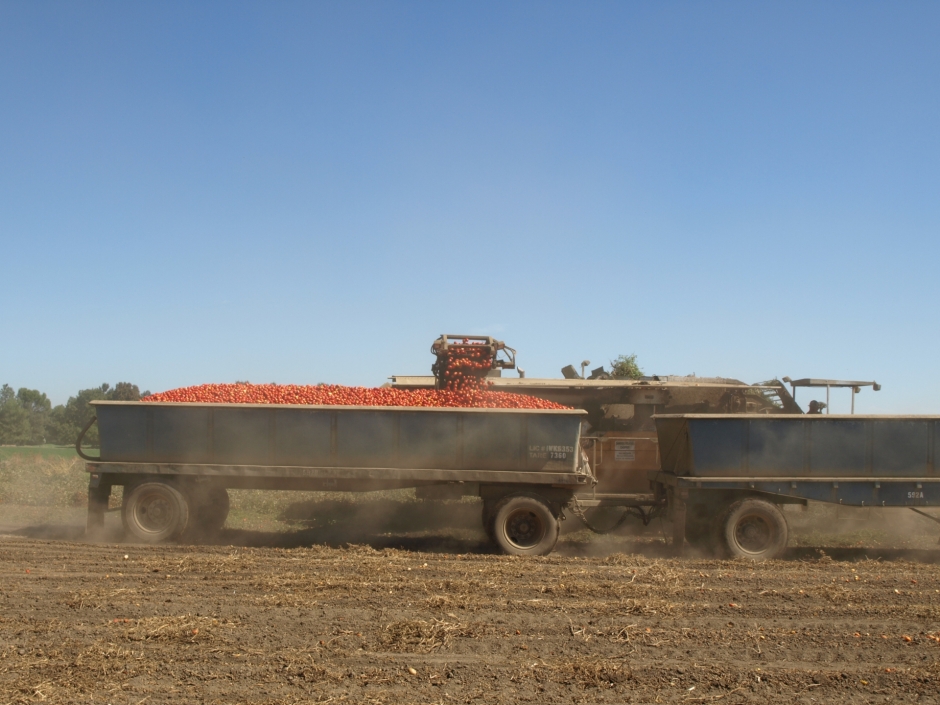 February 26, 2021: The Sacramento region is home to some of the most productive farmland in the world. About 40 percent of the six-county SACOG region is farmland, and it supports approximately $2 billion worth of agriculture. From almonds to rice to peaches, the Sacramento region is the cradle of some of California’s most valuable crops. Yet the region also faces an extreme housing shortage. The SACOG region needs to build more than twice as much housing as it has averaged since 2009 to keep up with population growth, let alone make up for prior shortfalls in housing production. This leads to pressure to convert valuable farmland to housing.

Of course, it is possible to both house more people and preserve the backbone of the regional economy: by implementing a more compact development pattern. Historically in the Sacramento region, 242 acres of farmland have been developed for every 1,000 new residents but SACOG’s long-range transportation and land-use plan for the region, the MTP/SCS, lays out a plan that would see just 18 acres of farmland developed for every 1,000 new residents.

More infill-oriented development paired with strategic preservation will help keep agricultural land in production to power our agricultural and food industries; protect our communities from worsening air pollution; conserve water; protect habitat; efficiently deliver public and transportation services; and make it more reliable and affordable for people to get to their daily destinations.

As part of its analysis and planning work to boost the value of rural lands, SACOG’s Coordinated Rural Opportunities Plan (CROP) will create a regional strategy to address economic and infrastructure challenges affecting agriculture. SACOG will inventory previous agricultural research, plans, and programs through its six-county region, and identify general themes and geographies where existing strategies are not working or don’t exist. Finally, the plan will create an implementation framework that identifies and coordinates the infrastructure investments needed to support the continued viability of agriculture in the region.

Each of the region’s six counties has its own programs for supporting agriculture but as Placer County’s Agricultural Commissioner Josh Huntsinger noted, these efforts can be scattered. He welcomed the CROP project as an opportunity for the region to do some organized, coordinated planning work around supporting agriculture. A common language and approach will be helpful for developing and aligning partners, identifying projects supportive of infrastructure needs, identifying gaps in conservation strategies, informing local elected officials and the business community, and keeping the land supportive of food systems that are a pillar of the regional economy.

Huntsinger noted that in most cases, preserving agricultural land worked better when it could be done in a coordinated way to achieve a critical mass rather than in a patchwork pattern. “The farms struggle next to residential development and the residential development struggles next to the farms,” he said. He saw his role as working on behalf of all his county’s residents, having sympathy for both farmers and urban fringe residents as their worlds intersect but also pointing out that preserving agricultural land benefits both.

Agricultural land is valuable to all the region’s residents because agriculture is a mainstay of our regional economy, with every job on a farm supporting 2.2 jobs off the farm, according to analysis by SACOG’s Rural-Urban Connections Strategy (RUCS) program. It is the source of a healthy local food supply and increasingly is being valued for what planners call its “ecosystem services,” which range from the aesthetic value of open land to the habitat value for wildlife, which in turn has a symbiotic relationship with food production (for example, migrating waterfowl help till and fertilize rice fields), and the increasingly important value of open land for sequestering carbon.

The CROP project is funded by the Department of Conservation’s Sustainable Agricultural Lands Conservation Program, which distributes cap-and-trade funds for agricultural conservation easements and local government plans to protect agricultural lands in partnership with the Strategic Growth Council.

If you are interested in more information on the CROP project, visit the RUCS program page. Work on this project will begin in early April.