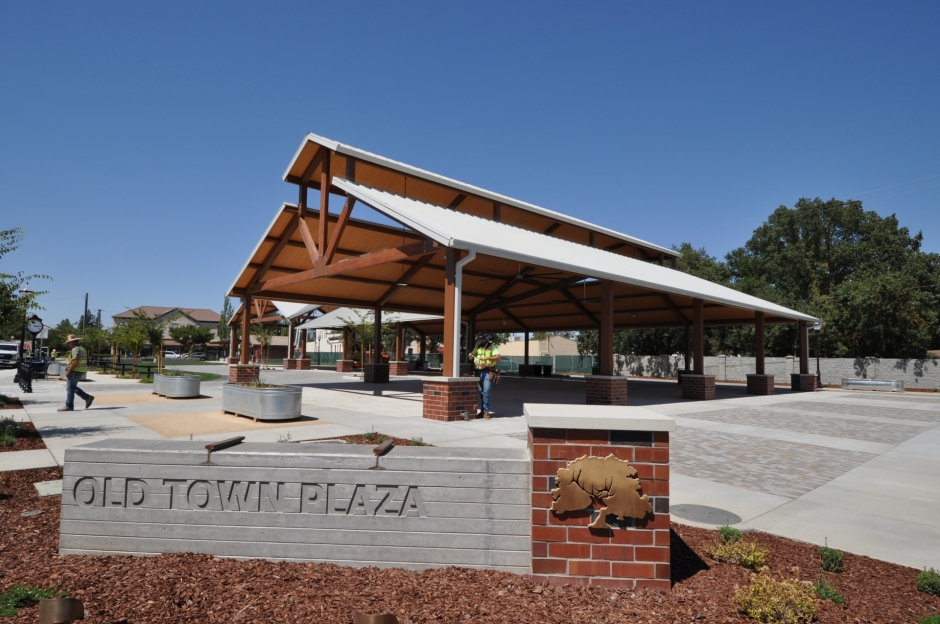 International urban planner Jan Gehl once said, “Cultures and climates differ all over the world, but people are the same. They will gather in public, if you give them a good place to do it.” And the City of Elk Grove is doing its darndest to create a good place for its residents and visitors to gather. The City is making two major investments in its Old Town area.

First, the City just completed the construction of Railroad Street and Grove Street, and finished improvements to its Old Town Plaza. The plaza will be fertile grounds for public gatherings, farmers markets, entertainment, and other community social activities. Located along Elk Grove Boulevard east of Highway 99 and adjacent to the railroad tracks, this city focal point has a new covered outdoor pavilion with giant ceiling fans to keep a breeze moving on hot summer nights. The five-acre parcel, once owned by the railroad, was purchased by the City specifically to create a vibrant gathering space, something the site had informally been serving as for years but without the public infrastructure. 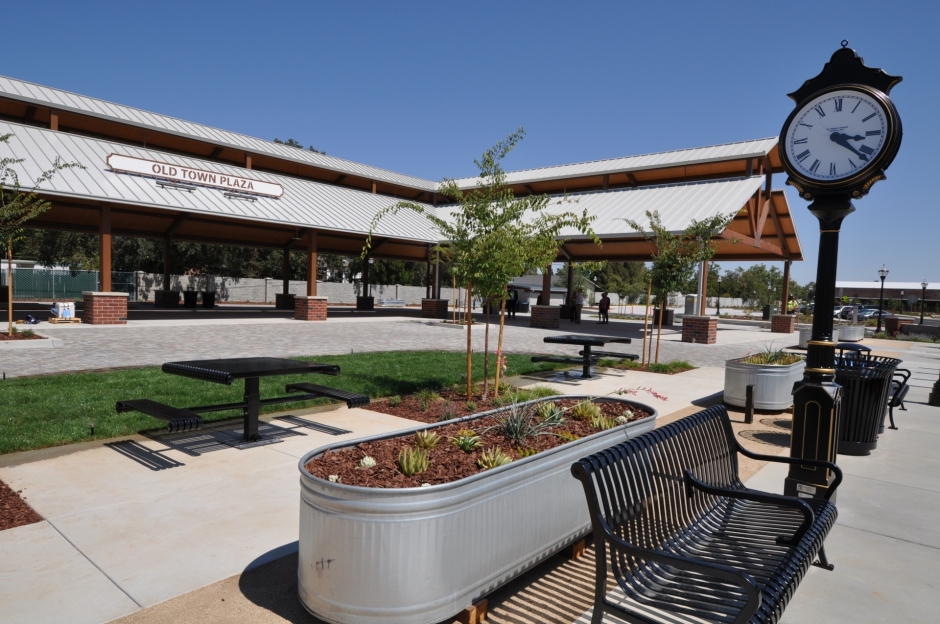 The plaza’s key features include the covered public gathering space, restrooms, grass areas, and seating. The space was designed for food trucks to park and serve hungry masses of visitors, while the parking lots are sealed with “CoolSeal,” a pavement seal that doesn’t absorb as much heat as regular asphalt. The plaza is adjacent to the north of soon-to-open Dust Bowl Brewing Company, which will feature the largest outdoor dining/drinking patio in the City. 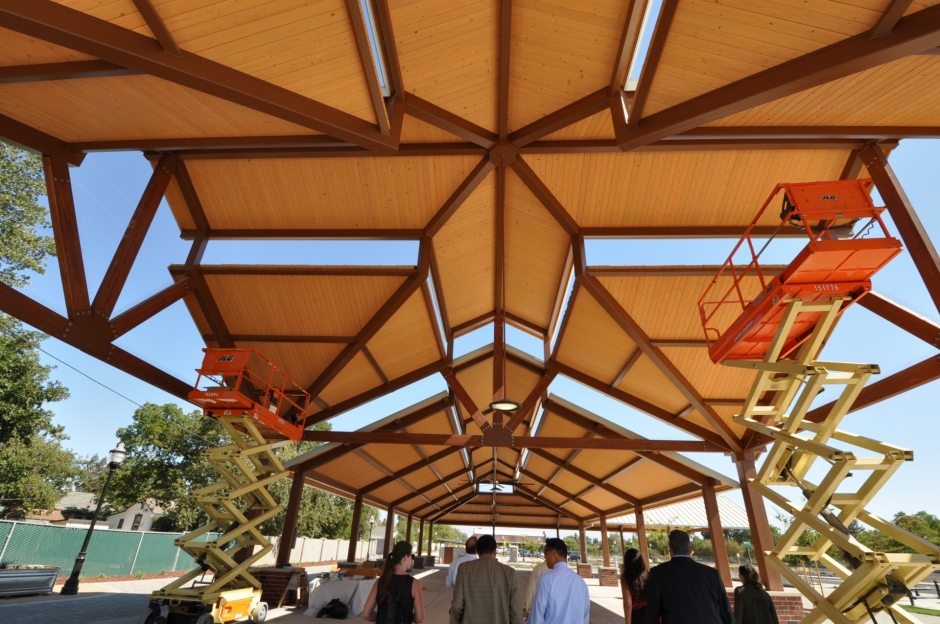 Bobbie Singh-Allen, the first elected Sikh female mayor in the United States, is proud to point out that The Plaza project team leaders – engineers, project managers, construction managers, etc. – were predominantly women. “Not only is this a great project for its design and community benefit, but it was almost entirely women led,” said Mayor Singh-Allen. “Our project leads were all women and the project was supported by more than 20 other women in professional roles. That kind of female-led coordination is rare. Statistically, it only happens once in every 364 projects.”

The City’s second major investment in Old Town is its plans for new infrastructure improvements along one of the City’s most heavily traveled arterials. New sidewalks and streetscape improvements will stretch from the Old Town area east along Elk Grove Boulevard toward Waterman Road. In 2018, SACOG committed $4 million in funding for these street improvements, the third investment the agency has made to this historic corridor through its Community Design Funding Program. 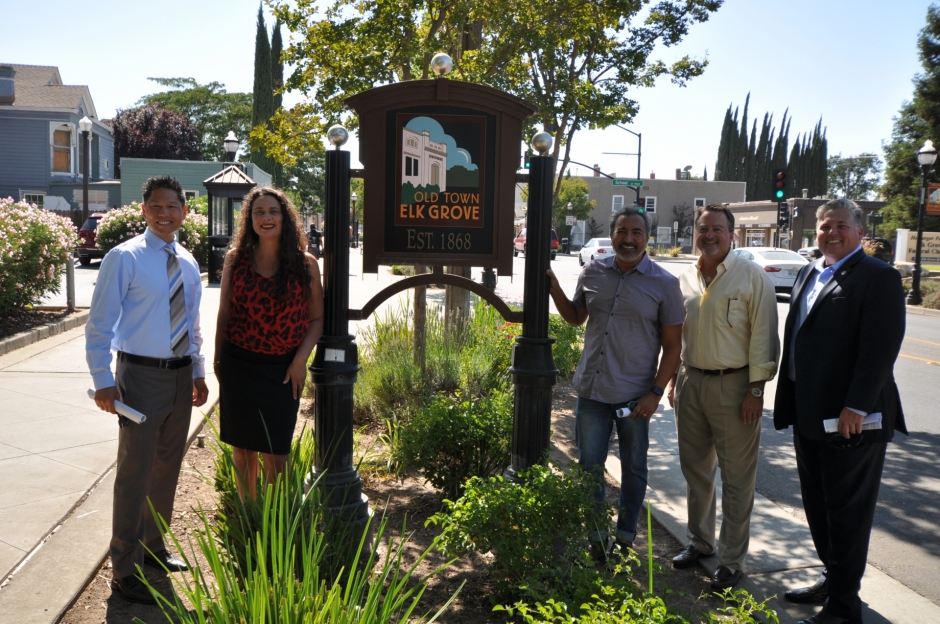 Congressman Ami Bera, an Elk Grove resident, recently visited these Old Town area projects. He is sponsoring a congressional earmark of $2 million for those streetscape improvements. He was joined by Mayor Singh-Allen, councilmembers Darren Suen, Patrick Hume, and Kevin Spease, and City staff members. Representative Bera’s earmark request is part of the federal infrastructure bill that has made its way through the House of Representatives and is now awaiting approval by the US Senate.

These efforts are to support the continued development in the historic district and give residents a coveted place to gather – something the public wants – and helps implement the region’s goal to create more vibrant, livable places. If there is any truth to the quote “First we shape cities, and then they shape us,” then the Elk Grove residents will be in good shape.