Data Reveals Pedestrian Deaths on the Rise Cars are getting smarter so why are they killing pedestrians at record rates? 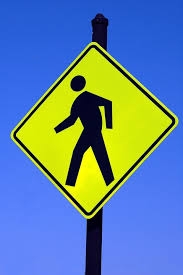 March 25, 2019: Pedestrian deaths in the United States grew by 35 percent from 2009 to 2017, according to a new report from the Governors Highway Safety Association, reversing a 30-year decline before that. And although the 2018 numbers are still preliminary, they show the U.S. is on track to report the highest number of pedestrian fatalities since 1990: 6,277.

Increased driving is one cause, although over the same period that pedestrian deaths rose, other traffic deaths dropped by six percent. That is believed to be due to advances in safety features such as air bags and crumple zones, as well as new technology that alerts drivers to potential hazards.

Researchers question if all this technology is making us complacent at the wheel and also blame digital distractions such as cell phones for inattentive drivers. As well as getting smarter, cars are getting heavier, higher, and more powerful, making the results of collisions with pedestrians more deadly.

The same crash data that is alerting us to the problem of pedestrian deaths can also be used to help prevent them. Information at the local level can create safer communities by identifying fixes that prioritize pedestrians and a variety of transportation methods.

In Placer County, staff used 11 years of state crash data that found seven pedestrian fatalities and 23 injuries.  This information ultimately resulted in a project that will close a quarter-mile sidewalk gap and reconstruct and widen one-third of a mile of existing non-ADA compliant sidewalk in Auburn. The gap closure project will provide a dedicated space for pedestrians and students living in the Auburn Greens neighborhood, who are otherwise forced to walk along the highway shoulder or dirt paths, to destinations such as schools, government services, local bus stops, and health facilities.

Another project in the Sacramento region using data to change its streets is in Rancho Cordova. Staff used eight years of state crash data and found four pedestrian fatalities and 64 pedestrian injuries to help them create their School Zone Improvement Project. This project will install speed feedback signs that will slow through traffic down and alert drivers of upcoming school zones. High-visibility crosswalks and rectangular rapid flash beacons will provide safer crossings for children either walking or biking to school or walking across school front streets where most parents and guardians park when waiting to pick up kids from the project area schools.

These are just two examples of how using data can help improve streets and make them safer. The data is bleak at the moment, but with cities taking the initiative and understanding how people use their streets and how they travel, they can begin to create safe streets for all who use them.