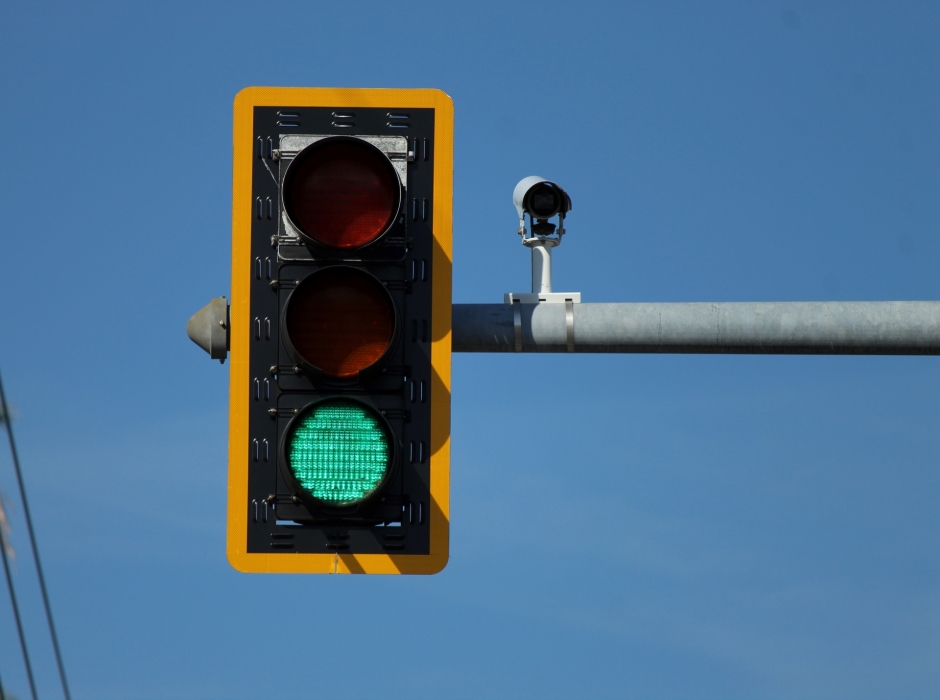 If you’ve ever driven through Placerville on US-50 on a Saturday or Sunday, then you know how it feels as you approach the line of cars waiting to get through the downtown area. You take a deep breath and settle in for a crawl through three traffic signals along the highway. On a normal weekend, traffic gets backed up with people traveling to and from the mountains or Lake Tahoe for a visit. The City of Placerville has been working on ways to reduce congestion; but a project they were planning to ease tourist traffic jams was key for evacuees and emergency vehicles impacted by the fast-expanding Caldor Fire.

The Trip to Green pilot program was expected to launch in mid-September. The concept—developed in partnership by the City of Placerville, the California Department of Transportation (Caltrans), and the El Dorado County Transportation Commission—was to change the signals on US-50 through Placerville to green, and direct surface street traffic to new detours. The plan was to test the pilot over two weekends in September and October. The ink had barely dried on the freshly printed proof of project concept and maps when the City of Placerville’s City Engineer, Rebecca Neves, got the call about mandatory evacuations.

On August 17, 2021, Neves picked up the phone. On the other end was Placerville Chief of Police Joseph Wren, who was stationed at the Emergency Operations Center. Neves recalled the urgency in Chief Wren’s voice when he said, “I think we need those signals green sooner than we thought.” Evacuations were ordered east of Placerville, and they needed to act quickly. It was time to turn the lights green and see the results of their planning play out. “Luckily we had just finished finalizing the maps the day before,” she recalls. “It really was divine timing and intervention.” 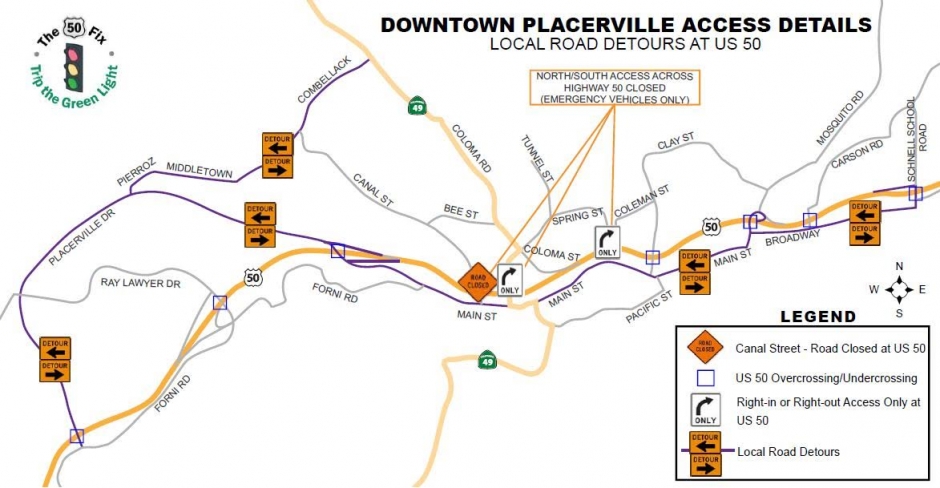 Neves sprang into action and called their partners at Caltrans District 3, who quickly deployed signal operation engineers to program the lights. Time was of the essence to keep traffic moving to help evacuees already under stress about having to leave their homes and lives behind.

While Caltrans engineers arrived and started working on the signals, the city got closures in place and began sharing detour maps on social media. “Traffic is a lot like water: once you close a valve, you spring a leak somewhere else,” said Neves. Her team rushed around town identifying and fixing leaks to ensure traffic flowed smoothly. They had everything up and running in two hours from when she first got the call.

“The traffic observed after the lights were tripped green was validation that all the efforts were not in vain,” Neves said. She shared that the westbound traffic had trucks and trailers full of goods, and the eastbound traffic began to increase with emergency vehicles and empty vehicles making their way to the evacuation zone for livestock, pets, and prized possessions. The traffic flowing smoothly through Placerville was comparable to the volume of cars “typically found on Fourth of July weekend times 10.” Traffic eased by morning, and the signals were returned to normal by 6:30 a.m. on August 18.

“While the pilot wasn’t intended for evacuation purposes, it was able to successfully support that need,” shared Woodrow Deloria, Executive Director of the El Dorado County Transportation Commission. Deloria congratulated the city and Caltrans for their swift action. “The ability of the city to grab the plan and pivot to utilize the information for an evacuation was just outstanding. The whole team deserves appreciation for that,” Deloria said.

Neves and her team learned a lot about the pilot, and she feels confident that they are ready for when the project is executed under normal conditions. The pilot has been rescheduled for fall 2022. They will study the effects on traffic and the effects on air quality. The city is looking forward to rolling this out for the community, and Neves is proud of the work they did to provide some peace to evacuees who were met with smooth travels through Placerville.