Are High Speed Rail’s Problems Good for the Sacramento Region? Emphasizing connections to the Valley a plus for the region 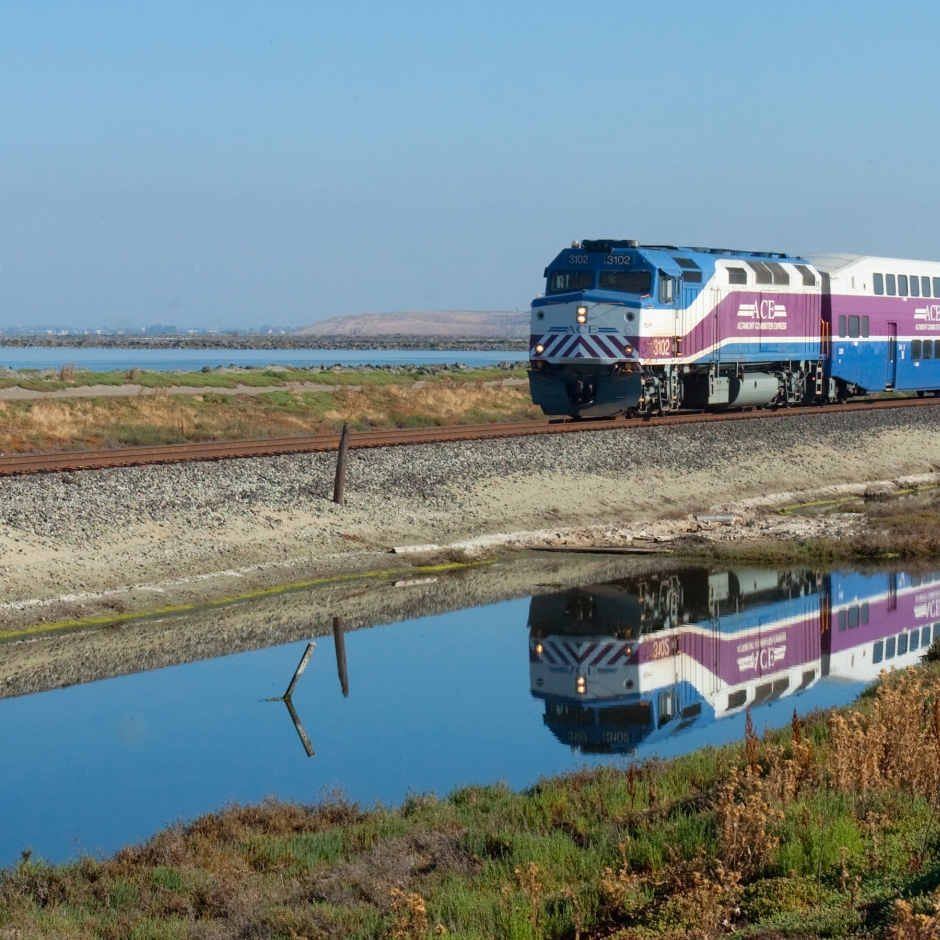 Opponents of the California High Speed Rail project cheered when Governor Gavin Newson said “Let’s be real” about the troubled train plan in his State of the State speech. He later clarified that he wasn’t scrapping the project but rather committing to finishing the Bakersfield to Merced portion of it.

The centerpiece of the project’s ultimate vision — a two hour and 40 minute trip between Los Angeles and San Francisco at 220mph — was too expensive and would take too long to build, said Newsom, so it made more sense to focus on phase 1 rather than try to work on six phases at the same time. But that renewed commitment to the Central Valley portion, combined with big new investments in existing rail services linking the Central Valley with Sacramento and the Bay Area, could prove a boon to our region.

The train service expansions mean greater transit choice, so that as more people choose to live in the Sacramento region or the Central Valley but work in the Bay Area, the impacts on congestion and air quality can be mitigated.

Last April the Valley Rail project was awarded half a billion dollars from the Transit and Intercity Rail Capital Program (TIRCP). Valley Rail is an extension of the Altamont Corridor Express (ACE), which runs from Stockton to San Jose, linking the Central Valley with the South Bay. 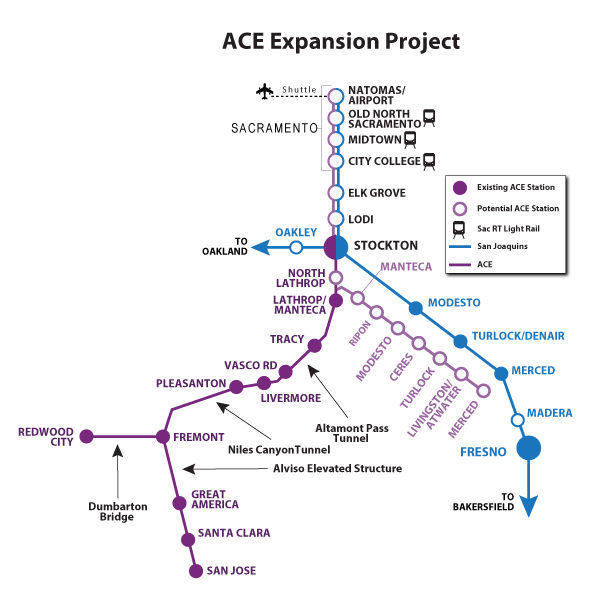 New stations will be built in Lodi, Elk Grove, Sacramento City College, Midtown, Old North Sacramento, and Natomas, with a proposed shuttle to Sacramento International Airport. Those stations will also accommodate Amtrak’s San Joaquins trains, which run from Oakland to Stockton to Bakersfield, with a spur up to Sacramento. Track improvements will enable higher frequency trips, improving the connections between Sacramento, the Bay Area, and the Central Valley.

It is yet undecided whether the High Speed Rail infrastructure already built will be able to be used by Amtrak’s San Joaquins trains, according to Dan Leavitt, the manager of regional initiatives for the San Joaquin Regional Rail Commission. The current plan calls for High Speed Rail trains to connect to ACE and San Joaquins trains at Merced although he expects to work with the high speed rail authority to investigate if it would be feasible for direct service to run from Bakersfield to Sacramento and the Bay Area. Either way, it will take significant equipment improvements with a potential long-term pay-off of hourly service at maximum speeds of up to 150 mph.

In the meantime, the Valley Rail fleet will be converted to renewable diesel fuel, and this along with the predicted replacement of vehicle traffic, means that by 2025, the project is expected to reduce greenhouse gas emissions by 5.2 million metric tons of carbon dioxide equivalents, which is the equivalent of 1.1 million cars not being driven for a year. It would also slash particulate emissions and the rise in ridership would reduce vehicle miles travelled (VMT) by 88.4 million miles by 2025.