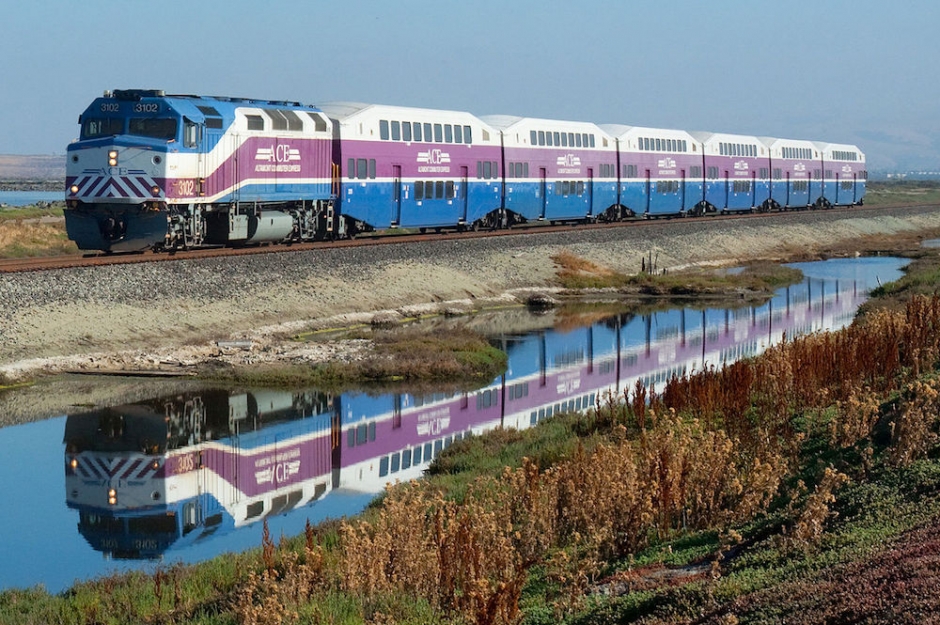 March 31, 2021: The Sacramento region is on the verge of much better access to both the Bay Area and the Central Valley thanks to the expansions of key regional rail services. For a sense of the potential impact, consider that together Amtrak’s Capitol Corridor and San Joaquins services and Valley Rail’s ACE service carry about 4.4 million passengers a year.

The most significant expansion for the Sacramento region is Valley Rail’s new service north from Stockton to Natomas, with the first trips expected by the end of 2023. This will open up access to the Sacramento International Airport to passengers from the Central Valley, as well as becoming a legitimate commuter option between Sacramento and the Altamont Corridor Express (ACE) train’s Silicon Valley destinations such as Santa Clara and San Jose. Placer County rail passengers will benefit from extra trips between Auburn and the Bay Area thanks to Capitol Corridor’s third rail project between Sacramento and Roseville.

The timing for these expansions couldn’t be better as the Covid-19 pandemic has only accelerated the trends tying the communities and economies of the Bay Area, Sacramento region, and the Central Valley closer together. As remote work opportunities have expanded, Bay Area companies and employees are increasingly moving to Sacramento region and Central Valley communities. And under the hybrid remote/in-person work models that are expected to outlast the pandemic, many of those workers are likely to be commuting between those regions for a day or two a week. For transportation planners, that means trying to expand modes of transport for people and goods between the regions in ways that don’t just cram existing networks.

Rail is already a successful network within the increasingly interdependent communities of the megaregion, with the Capitol Corridor now the fastest-growing passenger rail service in the country. It is Amtrak’s third-most-ridden service, behind rail corridors in Southern California and the Northeast. As SACOG director Don Saylor (who is also the board chair of the Capitol Corridor Joint Powers Authority) said, “This is one of the key vehicles for connecting our region from the Bay Area to Reno.”

The expansion of ACE and Amtrak’s San Joaquins services will boost that connectivity. The ACE train currently links Stockton to Silicon Valley over the Altamont Pass; and Valley Rail’s Sacramento Extension Project will add new stations at Lodi, Elk Grove, Sacramento City College, Midtown, and Natomas, with a shuttle connecting to Sacramento International Airport. Valley Rail is also looking at potential expansions farther north, to Marysville and Butte County. It is also expanding south with new stations from Stockton to Merced, and the target date for the first trips between Ceres and Natomas is by the end of 2023.

To bring an even stronger focus to projects like passenger rail expansion across northern California, last year’s SACOG board chair Lucas Frerichs led an effort to revitalize the Megaregion Working Group, which is made up of representatives from SACOG and its counterparts in the Bay Area (represented by the Metropolitan Transportation Commission) and San Joaquin County (represented by the San Joaquin Council of Governments). The SACOG reps are directors Bonnie Gore, Frerichs, Mike Kozlowski, and Don Saylor. The three agencies represent 16 counties and 136 cities with a total population of nearly 11 million people stretching from the Central Valley and the Bay Area to the Sierra Nevada foothills and Lake Tahoe Basin. One of the primary focus areas for the Megaregion Working Group this year is to identify priority transportation infrastructure investments that will better connect and support that shared economy.