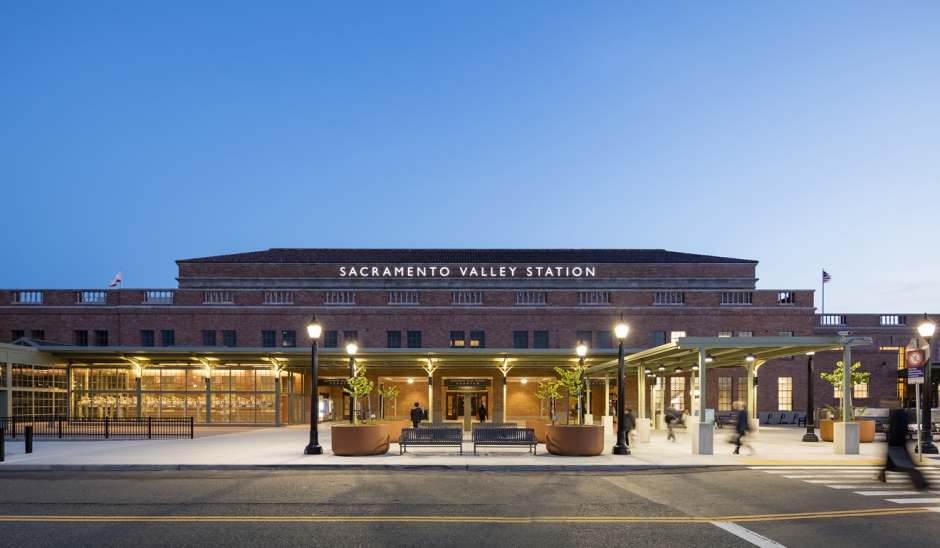 April 30, 2020: More than $27 million was awarded to two key transit projects in the Sacramento region in the latest round of the Transit and Intercity Rail Capital Program (TIRCP) grants announced last week.

Sacramento Regional Transit (SacRT) got $23.6 million to purchase eight new low-floor light rail vehicles that will be used on the Gold Line. The award leverages investment in targeted low-floor conversions along the Gold Line awarded through TIRCP in 2018, when 20 new low-floor light rail vehicles were funded. Low-floor LRVs are anticipated to produce operational efficiencies by speeding up train run times and optimizing boarding convenience and safety along with needed increased capacity.

The project to transform Sacramento Valley Station (SVS) into a transit hub also got a boost of almost $4 million, with most of the funding being used to build a new station access route to connect it to the future Railyards Plaza. The Railyards development directly north of the SVS is adding 10,000 housing units along with new destination centers and thousands of jobs to the area. With developments in the Railyards and River District prioritizing transit ridership and active transportation, providing a short, direct connection to the station is expected to unlock new transit ridership at the SVS. The funds were awarded to the agencies behind the transit hub project, Capitol Corridor Joint Powers Authority (CCJPA), with co-applicants the City of Sacramento, SacRT and Downtown Railyards Venture, LLC.

“I’m proud of the analysis work that SACOG did to support this grant application and its regional partners,” said Lucas Frerichs, a CCJPA board member who also serves as the board chair of the Sacramento Area Council of Governments (SACOG). “Linking the key transit hub of Sacramento Valley Station to the gateway of one of the largest infill projects in the country is a high-impact, catalytic project that will provide real regional benefits in economic development, transit access, and air quality.”

Part of that grant also funds three new studies that will advance the project. The first is to examine how reconfiguring the on-ramp to I-5 may benefit access to the station, which may make it easier for buses to access SVS. That is key to making the station a true transit hub. And SACOG will work on two other studies that are also vital to planning the hub.

A Bus Layover Facility Study will determine suitable locations for a facility to accommodate regional, local and zero emission charging infrastructure and a Downtown Sacramento Service Integration Study that will involve CCJPA, SACOG, the City of Sacramento, and local and regional bus operators, to support route modifications and timing adjustments that better synchronize Sacramento’s regional bus system with intercity rail and local transit needs, and identify the full benefits of improved bus and light rail infrastructure at the SVS.

The end goal is for the SVS transit center to be a hub of transit facilities and services for the region, and to optimize its strategic location between downtown Sacramento and the new Railyards development that is starting to take shape.